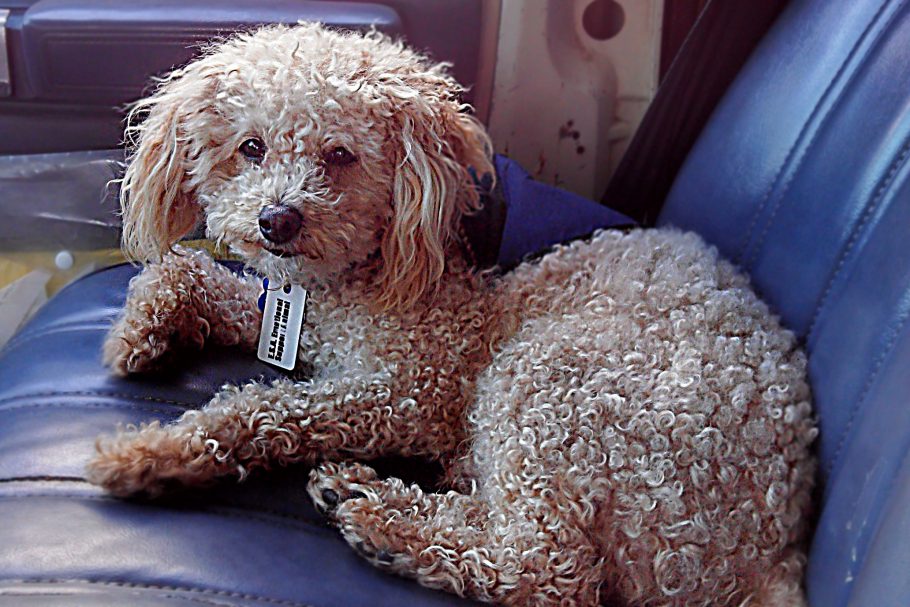 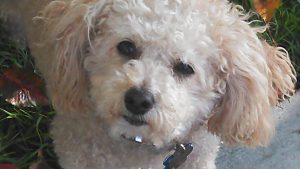 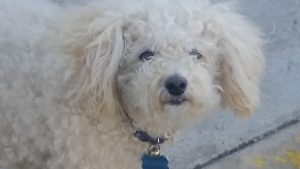 Maurice is a 13 year old, Miniature poodle who loves spending time with his owner Kandy, going on adventures, meeting turtles, enjoying belly rubs, running after squirrels, you name it! Unfortunately, Maurice hasn’t been able to do the things he loves. Poor Maurice has a pituitary macro tumor pressing on his brain. However, Maurice tested borderline for Cushing’s and needs a more specialized form of treatment. In order for Maurice to live, he’ll need radiation therapy, Sterotatic Body Radiation to be exact. 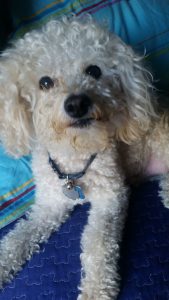 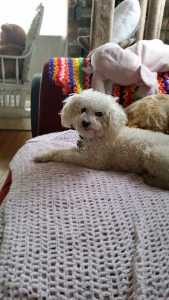 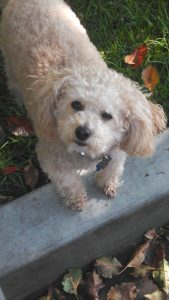 The following story was written by Kandy  and adapted to our campaign:

How Maurice & Kandy came together:

“I moved from Los Angeles to Washington state. That is where i met Maurice. My girlfriend came to pick me up and when i got in her car I noticed a tiny white fuzzball all curled up on the floor in the back. I picked him and cuddled held him…He would stand on his hind legs on the back seat and try to look out the back window as they drove off. When the girl who owned him got out of the hospital she saw the obvious bond between us and she gave him to me. We moved back to Los Angeles in 2009…” 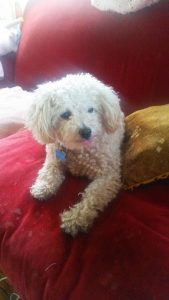 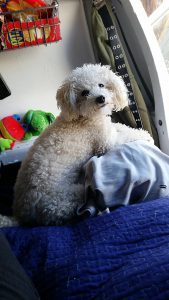 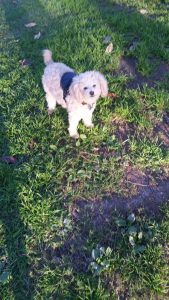 “As far as what happened, nobody really knows for sure…. It all started in Aug of  2013. Maurice was acting really weird”.

Maurice and Kandy began their life together. Going on various adventures, meeting new people, escaping danger and through it all they’ve never left each other’s side. Maurice wants for nothing in his life with Kandy. Unfortunately, Maurice has dealt with many health issues including a UTI and a collapsed trachea. What would have hopefully been a simple diagnosis and treatment plan turned into a longer and more complicated course of action. Maurice was misdiagnosed and highly medicated.  With many, many tests later and various medications, Maurice’s medical costs grew higher and higher while his health deteriorated.  Due to the amount of time and resources spent on the wrong diagnosis, Kandy has depleted her funding and can’t afford to pay the new treatment costs upfront. 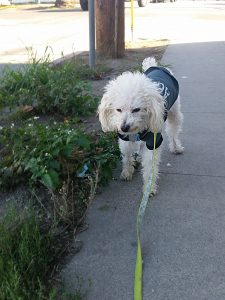 “In January of 2016 I took Maurice to an internal medicine vet. The general vet had put him on thyroid medication because his thyroid levels were low and the thyroid medication made him pant real hard and breath real hard. Also he was drinking more now. He also had comedones on his belly. The vet suspected Cushing’s and since UTIs are common with Cushings he ran a culture and scheduled a test for Cushing’s… The vet said he did not think Maurice had a uti because the numbers were so low. He thought the culture was positive from contamination when the urine was collected and decided against treating it. The Cushings test came back borderline positive…

Fast forward to April of 2017…We went back to the vet and they did another UTI and it came back positive. He gave antibiotics and wanted to do an adrenal panel… He started trilostane without considering that the culture in 2016 was not from contamination and it sat there growing a year which would have explained the drinking and peeing excessively and be the reason for the mild elevation in cortisol. The UTI cleared up.” 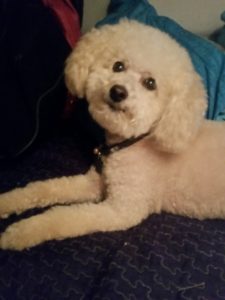 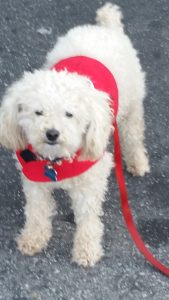 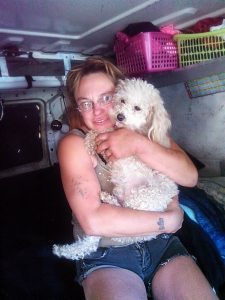 “…He had all his hair but after one month on trilostane his hair began to fall out. His skin didn’t get better he just kept getting worse and worse. His neurological signs were there but they were so subtle only I noticed them. The vet suggested a neurologist …I went to VCA West LA.. She suggested an MRI. I talked to the lady in charge of finances to try to arrange some kind of payment plan. Care credit denied me and they said no in October of 2017.” 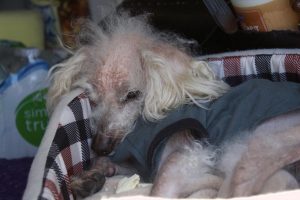 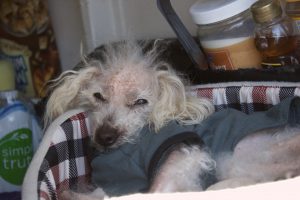 The Diagnosis and Treatment 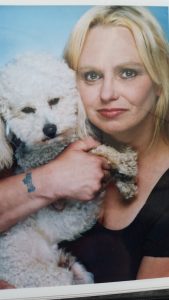 “I got my hopes back up and thought Maurice was finally going to get the help he needed. The results showed a macro tumor on his pituitary. That hope turned to relief when the doctor’s said Maurice’s tumor was something that could be treated. The treatment consists of three separate trips but the trips are just days apart so until I get the 8300.00 Maurice suffers. To make matters worse I only have a couple of months to get it because Maurice will die without it.

If he can get treated he will get better and be able to enjoy life again. Your donation will save Maurice’s life. Thank you so much for your donation.“ 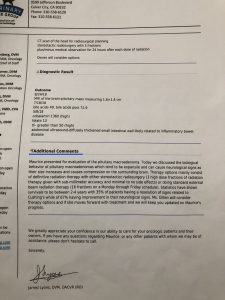 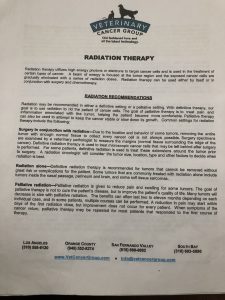 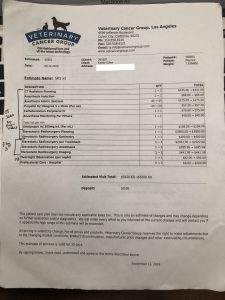 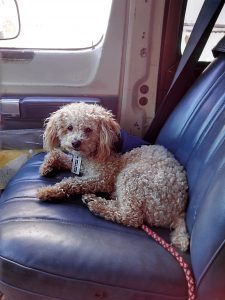 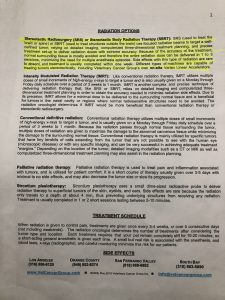 I personally had the pleasure of speaking to the veterinarian working on Maurice’s case. Very different from chemo therapy, this Stereotactic Body Radiation will only focus on tumor. There are no real side effects or consequences to the treatment the doctor reassures. Maurice’s blood work looks good and with three sessions of the radiation therapy, Maurice is likely to see a swift improvement in his neurological functions.Your donation matters! Every penny given to Maurice goes directly to improving his quality of life and you can even encourage others to do the same.

Please help Maurice with all of your help he can make it to his goal and receive treatment !