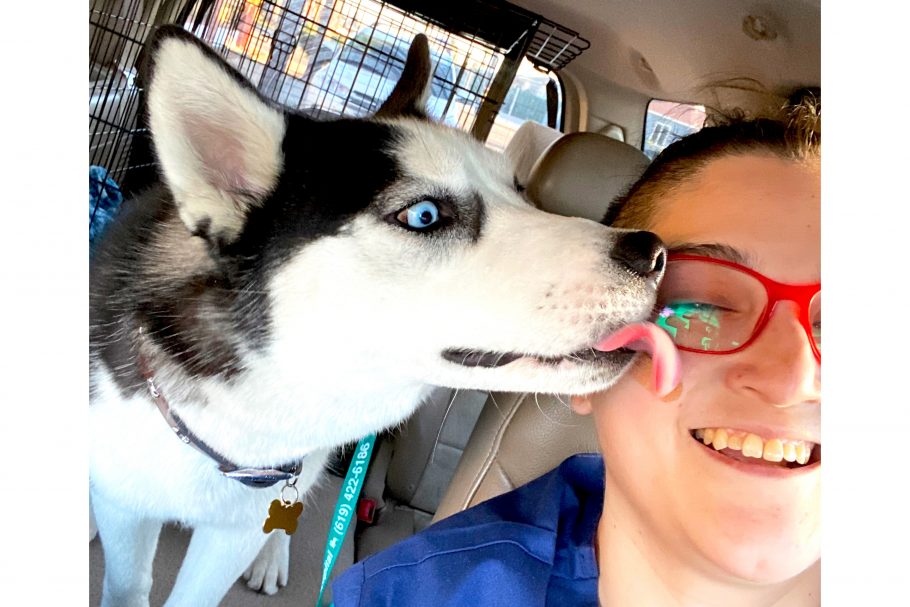 Gato’s eye is swollen and painful!

She has glaucoma and cataracts in both eyes, even though she is only a little over 2 years-old. It’s rare, but it does happen to some young dogs. Gato is also a trained service animal for her disabled owner Tania, and fortunately blindness won’t stop Gato from the tasks that help Tania. 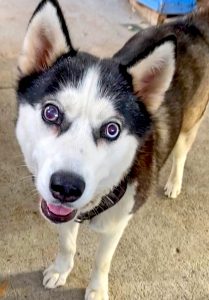 Tania got her back in 2020, at the height of the COVID lockdowns. She was looking for a dog to adopt, and had been to the shelters, but at that time they were all empty! Then Tania saw a post online. A lady had found a starving, stray Husky, but couldn’t keep her. It turned out to be one of those perfect matches! 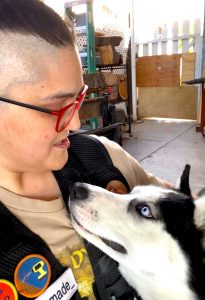 Gato was trainable (you can see in the video above) but also a sweet and affectionate dog. Tania as a chronic condition that causes her muscle pain, and difficulty moving, especially standing and steadying herself, and Gato helps with this. Gato also works as an emotional support animal for her. 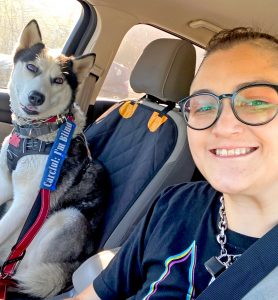 Now about a year ago one of Gato’s eyes looked a little cloudy. All of a sudden, out of no where. It seemed to get worse, so Tania took her to the vet and sure enough: cataracts were forming in both eyes, and one had glaucoma, a condition where the pressure in the eye builds up, and does not release. So Gato went on some medications, and they started working on a plan for cataract surgery. It is expensive, but if the only problem is the cataracts, surgery can correct the problem. But sadly, it turned out to be worse for Gato. 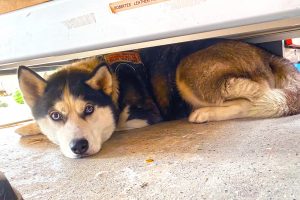 The doctors wouldn’t even consider the pre-tests for cataract surgery until her glaucoma was under control… and it could not be brought under control. Recently her right eye is really swelling, and medications are having no effect. The doctor says she is getting spikes of pressure, and it must be painful, but dogs will hide it from you. The long and short of it all: Her right eye is basically dead, and her left will soon be. They will only swell worse, get more painful. Her vision cannot be corrected, her eyes must be removed.

The good news is that dogs can live perfectly happy lives blind, AND almost all the things Gato does for Tania? Gato can still do them! 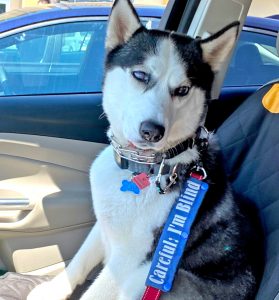 Financially Gato and Tania need help. Although she has some pretty severe disabilities Tania does work, and even has a side hustle wood-working. In fact, sometimes Gato gets a little overwhelmed with her blindness (she’ll get used to it), and also probably the pain, and will go to a safe spot under the tool bench, as in this video:

But Tania has spent over $6000.00 on Gato so far, and is spending every 2 weeks on medications. She has used up her credit and does not have the money available for the eye surgery Gato needs now. All donations are for Gato, and only paid to Eye Care for Animals for her surgery! Thank you. 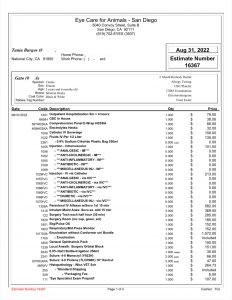 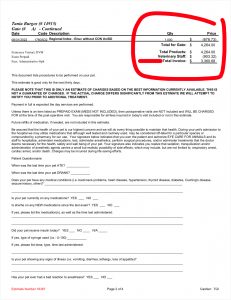