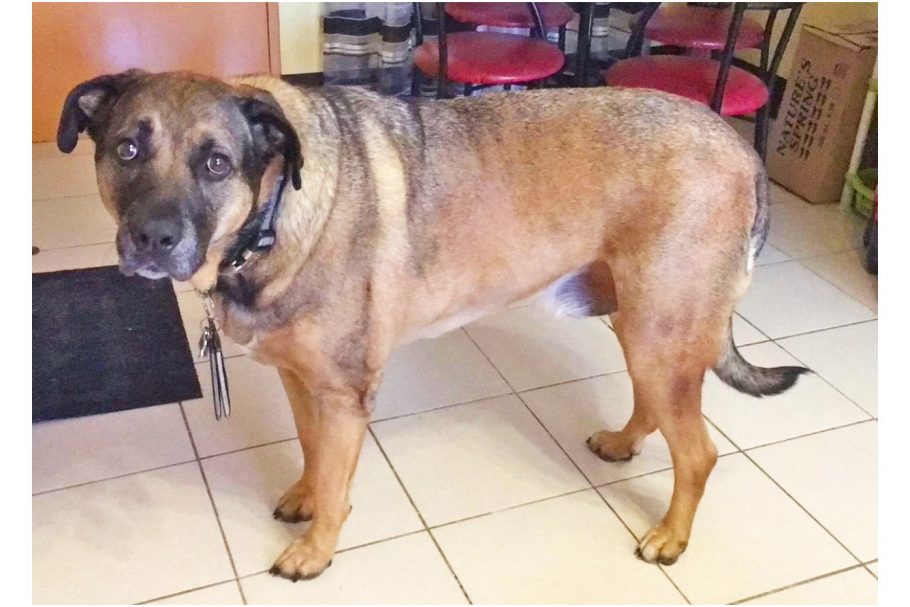 Frodo is a Service Dog and a Medical Alert Dog for his owner Cameron. Cameron has a medical condition that can require immediate hospitalization to save his life, and Frodo can detect when this condition is beginning and give enough warning for him to get the the emergency room. Cameron says that Frodo has saved his life twice with these alerts. 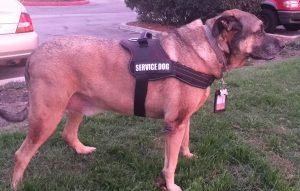 Cameron got Frodo almost 9 years ago from an animal shelter in Mississippi. Cameron had an older dog at that time, Rudy, and got Frodo to train as a replacement for Rudy. Cameron’s family are dog trainers, and Frodo is a real Service and Medical Alert Dog, prescribed by a medical doctor.

Some months ago Frodo went to jump in Cameron’s truck –Cameron needs to take Frodo with him wherever he goes– and didn’t make it. Since Frodo never has a problem making the jump Cameron was concerned, and it was immediately obvious something was wrong. Frodo was holding up his leg, and clearly in pain. From the moment he would not walk on the leg. 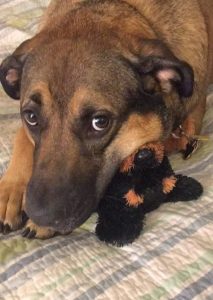 Frodo has torn his ACL, the ligament in the knee, and he also has arthritis, basically degeneration of the ligaments in the knee. It makes it hard for him to walk, and it will only get worse. In dogs a torn ACL will not heal, and if it gets so bad that the dog cannot put weight on the leg (which is now Frodo’s situation) surgery is the only remedy. Further, without surgery Frodo will continue to put all his rear weight on his good knee, which will almost certainly result in knee damage in his other leg.

Cameron did live on the second floor of his apartment building, which has only steps, no elevator. The doctor did not recommend the surgery while Cameron was on the second floor, because the healing Frodo would be using the steps. Fortunately Cameron and his landlord were able to arrange for Cameron and Frodo to now move to the first floor, just this month (August), so Frodo can now have the surgery. 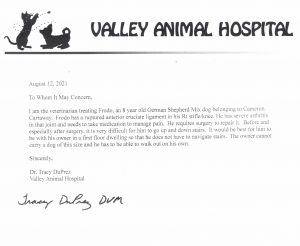 Cameron is a tennis coach, and with COVID has been out of work. The surgery is expensive and out of his budget at this time. All donations are specifically for Frodo and will only be paid to the vet when the ACL surgery is done. Currently Frodo is on 3 medications for pain, but at his age he should not be on these medications too long, and thought they alleviate pain, they do not fix the underlying problem. Can you help Frodo with a donation today? 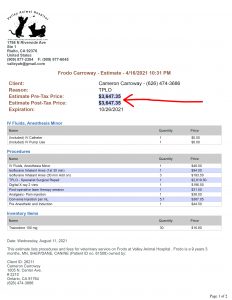