Little Fozzie can't use his back legs, but his friend won't leave his side!
Successful 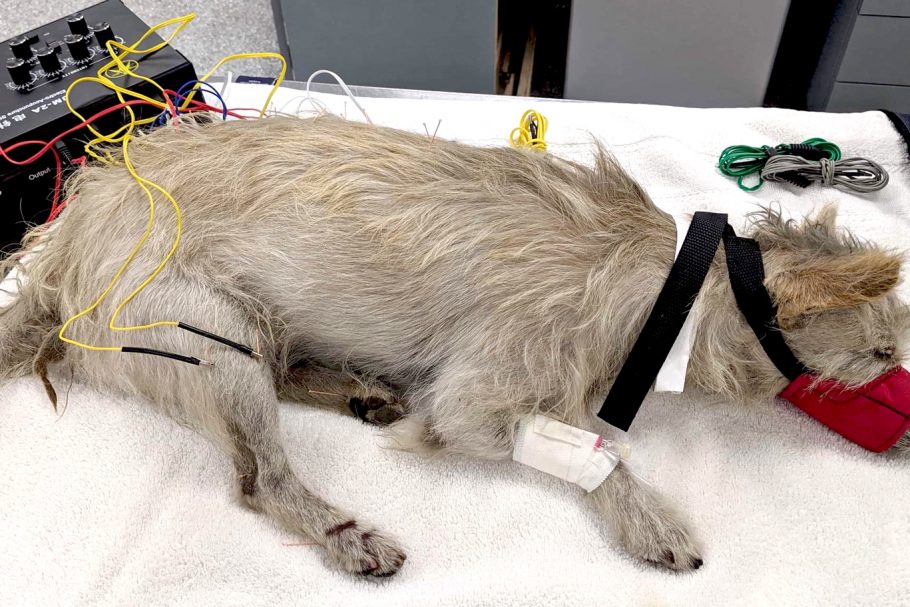 Freddie will not leave Fozzie’s side, went absolutely crazy when separated!

Know strays for over a year. 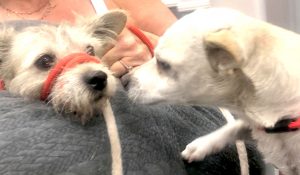 The lady who feeds them and other local strays noticed Fozzie dragging his rear legs Sunday night (August 18th).

Freddie and Fozzie have been observed for over a year around a mobile home park in the “Inland Empire” (area east of Los Angeles, California). There are a number of stray animals in the area, both dogs and cats. A resident of the park leaves food and water for the strays and tries to watch out for them. 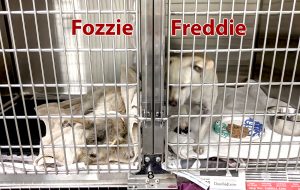 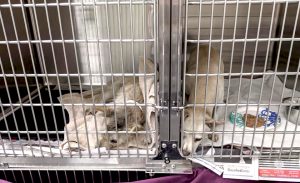 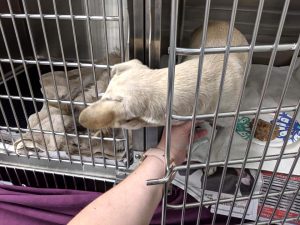 This resident has watched Freddie and Fozzie for over a year, and they are known in the neighborhood as strays. On Sunday night she observed Fozzie dragging his rear legs, very badly, looking completely paralyzed in the rear. She posted on Facebook for help, and local animal rescuer Faith Easdale and her team with DreamFetchers Rescue responded.

Faith and her team got out there Sunday evening, and managed to trap both dogs just after midnight. A neighbor put out a bed for them, and they both climbed in. Then Faith was able to get close, and Freddie would not leave Fozzie, so she got him on a slip-lead first. Then she got Fozzie, because he could not really get away.

Both were then immediately taken to the ER. Freddie appears to be healthy, but Fozzie is clearly in pain, and also paralyzed in the rear. The ER vet gave him pain medications and also did acupuncture in attempt to mitigate the pain.

Freddie had to be put in the cage next to him. Initially he was left in the lobby, but he absolutely went crazy!! The vet even said, seriously, that he is worried that if Fozzie dies, Freddie will die too, from a broken heart.

We talk about bonded dogs in rescue all the time, and sometimes the bond is probably exaggerated, but not in this case. Freddie is will not leave Fozzie’s side. He just won’t! 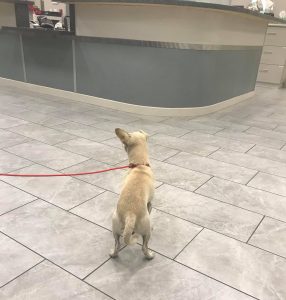 The ER vet is transferring both dogs to DreamFetcher’s regular vet. More information will be forthcoming. Our concern is a serious spinal issue, but there is hope that it might be something less serious. For now there is an ER bill of $725.00, and of course the upcoming costs for today. At the very least Fozzie will need pain management for some number of days! 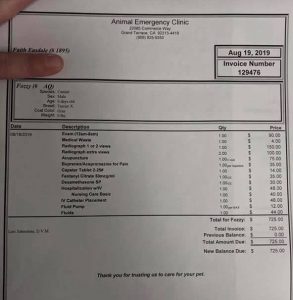 Fozzie and Freddie when the rescue arrived: 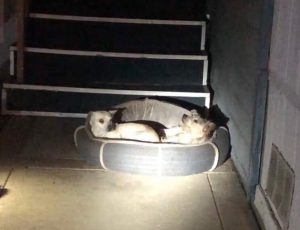