Dexter is a boy's best friend, but he has a chronic illness that requires expensive care.
Successful 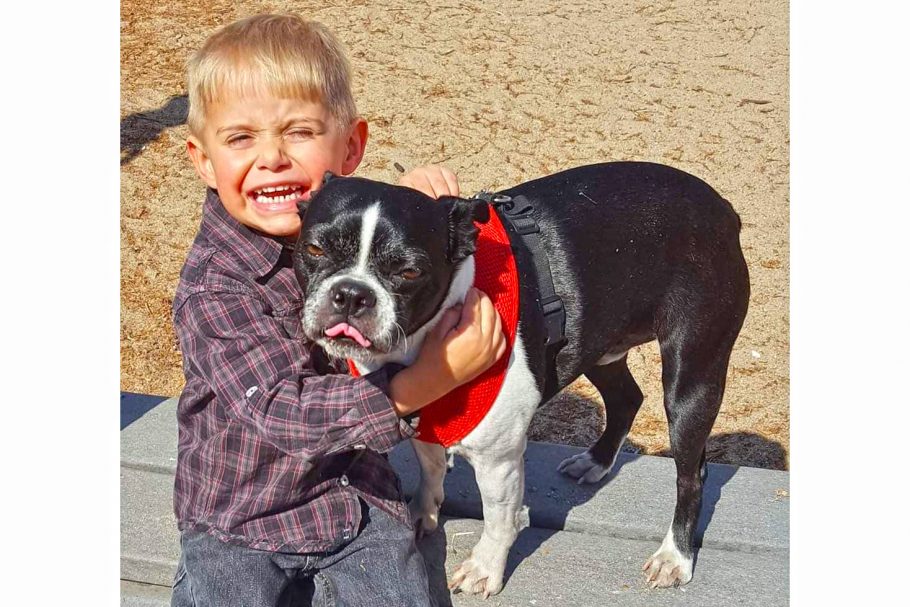 This is the story of two best friends,

Dexter and his boy Ryker!

In a way they are both rescues, Dexter was rescued from a puppy-mill at only five weeks old, and Ryker lives with his grandparents who have adopted him. They even arrived at the same time, just about a month apart, and they grew up together!

Ryker as a baby: 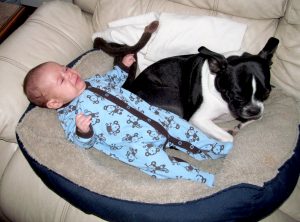 And now at age eight: 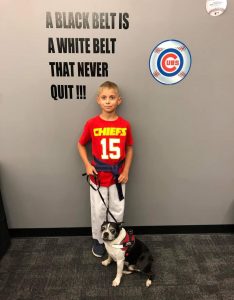 And they share some difficulties. Ryker’s adoptive father (his grandfather) has been diagnosed with inoperable lung cancer. It’s a scary time for a child who will lose his father, and has to prepare for it. As part of that Ryker goes to therapy, and the therapist has told his parents that Ryker says when he is sad, and feels like crying, he goes to his dog; it helps him to spend time with Dexter. 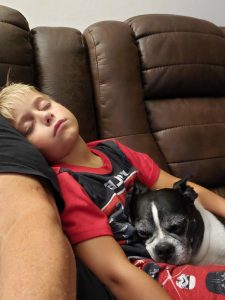 So when Dexter was diagnosed with Cushing’s disease mom, Marsha, vowed to take care of him, so Dexter can be there for Ryker. Cushings is something dogs can live with, but it requires expensive medications, and more expensive tests. Depending on how it goes Dexter will need quarterly full blood tests and exams… though if he responds well to medications these can be reduced. The estimate for a year of care is between about $2000 and $4000 depending on how much testing and work he needs. 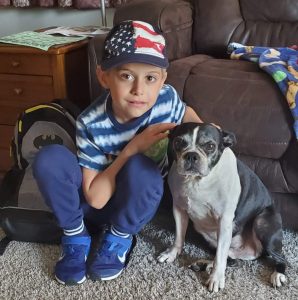 In addition, Dexter has a tumor on his leg that has to be removed, and a small growth on his eye. These aren’t worrisome yet, but they have to be removed and tested. 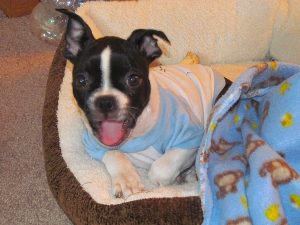 So now we come to the problem. Even with insurance coverage, cancer care in the US takes a lot of money from the family. And Dexter’s family is out of money. There is simply no way they can pay for his Cushings care and surgery. There simply is no money. 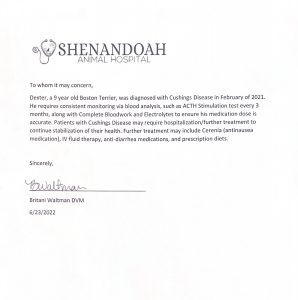 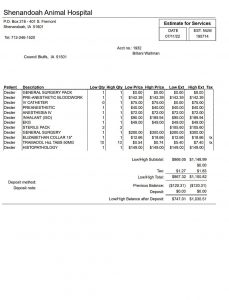 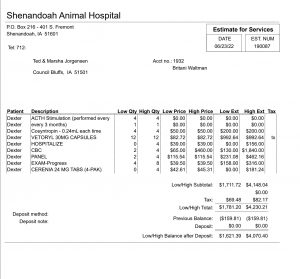