Rescued from the streets, she needs surgery to remove mammary tumors and cysts.
Successful 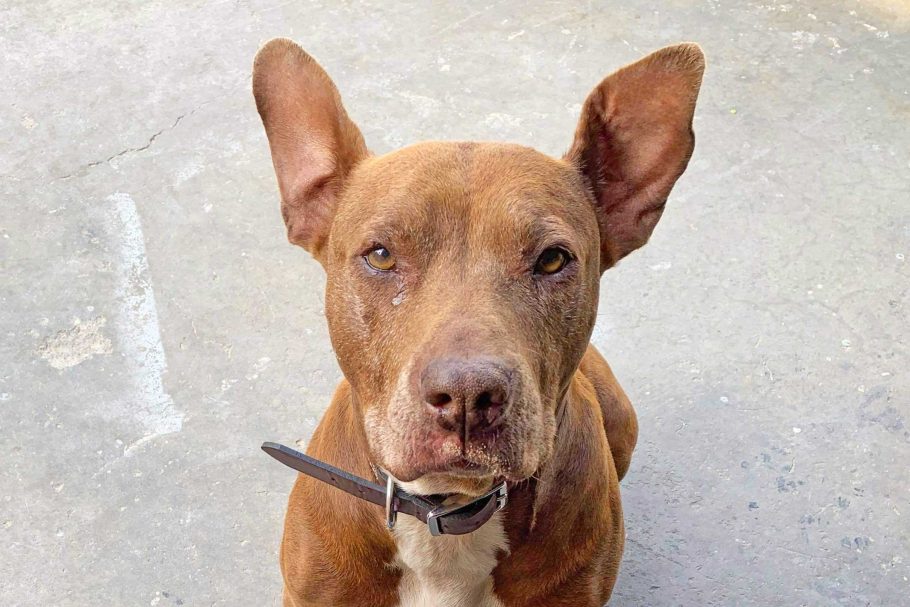 Saved from the streets!

Found wandering around the streets just south of Los Angeles, Daisy is now safe and adopted but needs surgery. Sandy and her boyfriend saw this poor dog wandering, skinny, and followed her to find she was sleeping in an alleyway. They bought some food and brought it to her, only to find out she was actually super friendly! They popped a collar and leash on and Daisy happily went with them!

Daisy in the Alleyway: 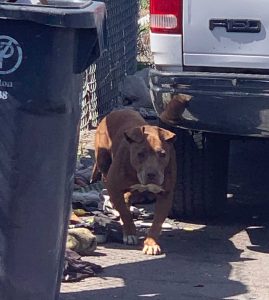 It turned out the Daisy was not microchipped, and no owner came forward. She appeared ill, and Sandy reached out to rescues for help. She found Renegade Rescue in Alhambra, California who recommended a vet and Daisy went in, and was immediately diagnosed with Pyometra, a deadly infection of the uterus. Sandy and the rescue paid almost $1500 for the emergency surgery. 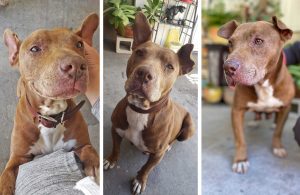 The doctor, of course, also saw that Daisy had mammary tumors and cysts, and needed surgery for these, but the Pyometra surgery was an emergency, and due the danger of infection the doctor recommended doing the mammary surgery later. Daisy has now recovered from that surgery and is ready to get her tumors removed! 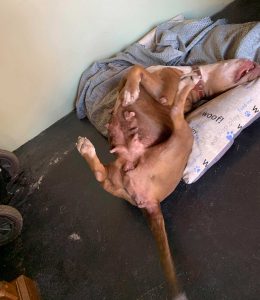 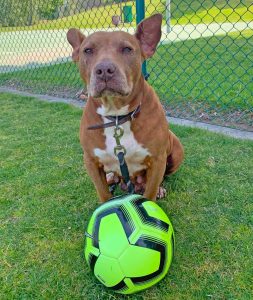 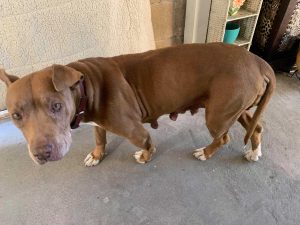 Sandy has not been working due to COVID, she worked in event and concert promotion. She has just gotten a job this week, but is catching up financially, and has already spent a lot on Daisy with the Pyometra surgery. All donations are specifically for Daisy and are only paid to the veterinary clinic when the mammary surgery is performed. Sandy has now adopted Daisy, so this lovely pittie’s future is great, if she can just get this one last surgery done she should have a long and happy life now! WOOOF!!! And big thanks! 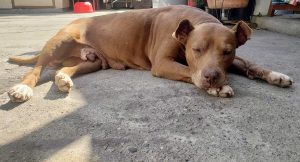 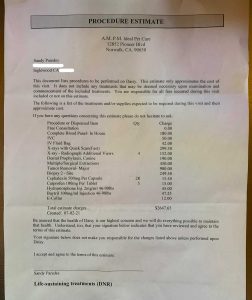