Left to suffer in the back yard, broken leg, matted, bladder stones!
Successful 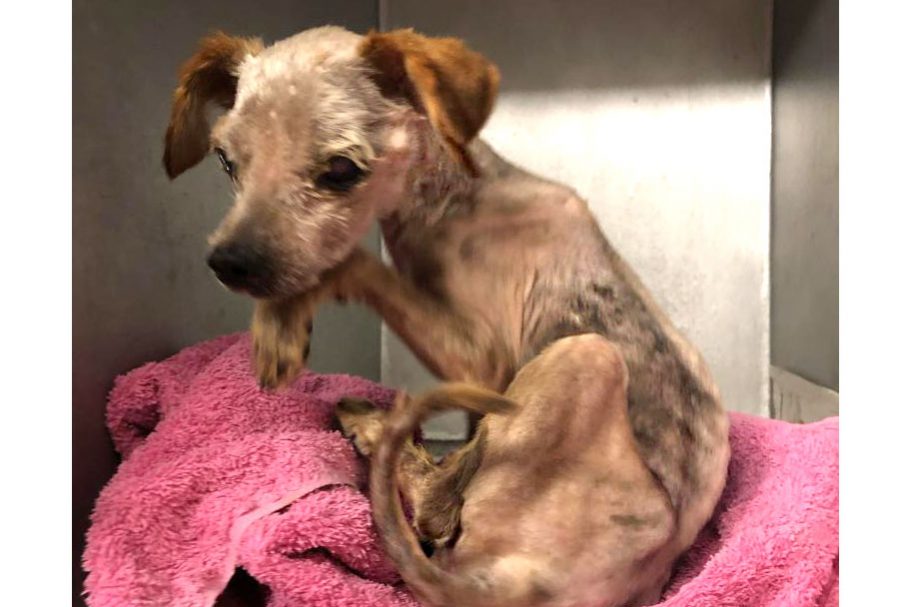 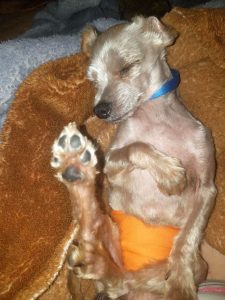 With a happy outcome!

But he has one very painful problem to fix

Poor Dijon has an outrageously large bladder stone. He can pee, but he whimpers every time, and often there is a little blood. He needs surgery to remove it, then he should FINALLY be able to have a normal life!

Let’s start from the beginning:

The rescue Our Family Paws Rescue got involved with Daijon when one of their fosters reported a sad case of a little neglected dog in a neighbor’s back yard.

It took some time, and some diplomacy, but eventually they were able to convince the family to surrender Dijon to the rescue. He was 3.3 pounds when rescued. He should be over eight. 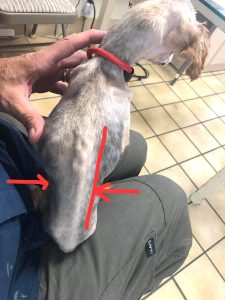 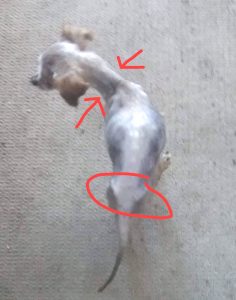 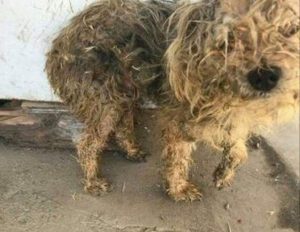 Daijon had been hit by a car about a year before, and the family had done nothing more than make him a home-made splint. Then they had basically left him in the back yard. When he was rescued he was starving, dehydrated, covered in ticks and foxtails. He had been left in that backyard with almost nothing for a year with a broken leg. Yeah. Freaking kill me. 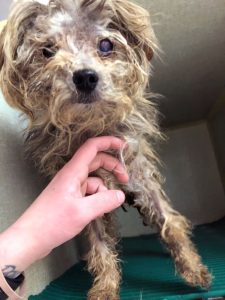 But but but, good news!

Our Family Paws Rescue got him. They took him to the vet. The cleaned him up. They got the ticks off. The spent over $1500.00. They found a foster. They rescued him.

X-rays revealed a HUGE bladder stone. But there was a problem, a bad problem. Daijon was 3.3 pounds. His blood tests showed every major organ, kidneys, liver, etc.. were in distress, and he had internal infections. Surgery would kill him. He would not survive anesthesia. 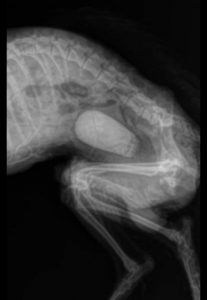 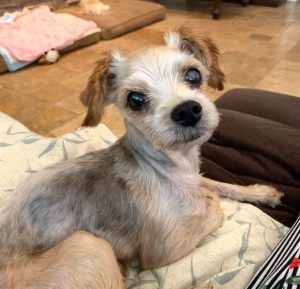 It has been about a month, Daijon is up to nearly 6 pounds! Blood tests indicate he may be able to undergo surgery. He needs it!

It hurts when he pees, he whines every time.

The vet is afraid urine may be backing up into his kidneys. Kidney damage like this is not reversible.

So let’s get the bladder stone surgery!

Yes! But the rescue has taken on 3 other bad cases, while spending over $1500.00 on Daijon. They are in debt and just do not have the money. SO WE NEED YOU! Daijon needs you! 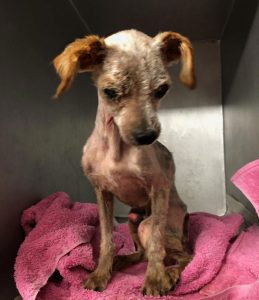 All donations here are for Daijon’s bladder surgery. Donations are for him. For this procedure. If we get enough, he gets the surgery as fast as we can. If something happens, we refund your donation. Donate in confidence.  You are donating to Daijon to get bladder surgery. Period. AND HE NEEDS IT NOW. Thank you so much!!!

Had surgery this afternoon. The doctor made a video about him just before surgery (sorry, low quality, but GOOD audio):

Due to some complicating factors and additional procedures required his bill is higher that we expected, and we have raised his fundraiser from $2000 to $2400. Thank you! 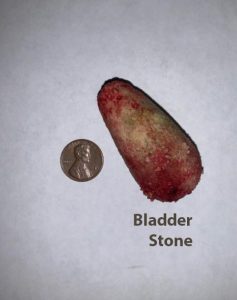 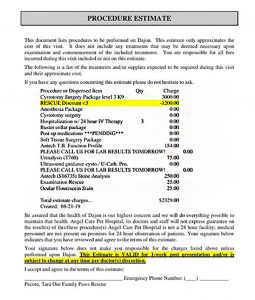