Rescued New Year's weekend, both are at the emergency vet in serious condition.
Successful 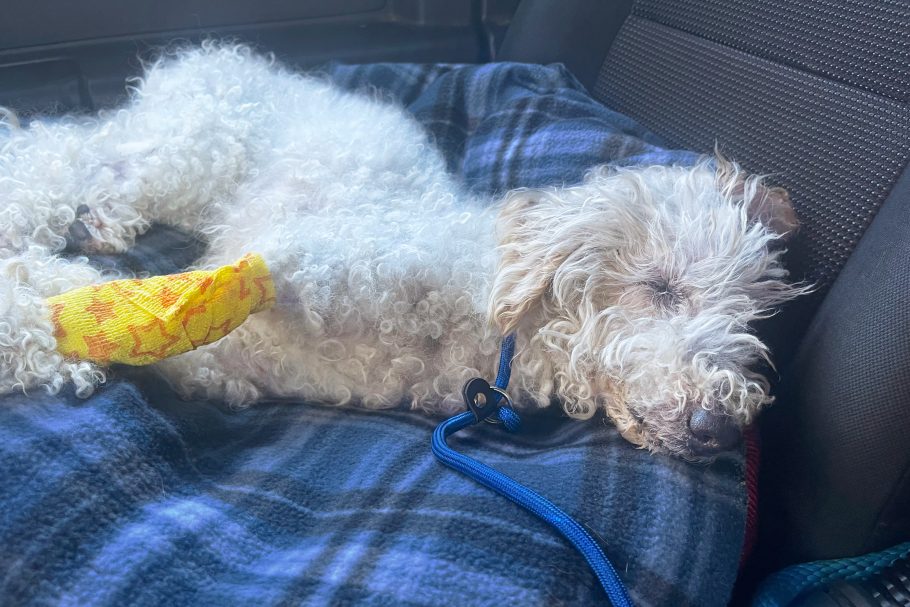 Videos (above and below) taken Sunday, January 2nd at the ER,

with Faith Easdale of Dream Fetchers:

The white poodle, Cotton, was found circling in a park in Jurupa California, a rural area 50 miles east of Los Angeles. He was clearly in bad shape, walking in circles and whimpering. The lady who found him took him home and posted this video asking for help:

A friend of Faith’s, Shey, went at got Cotton and took him to her home. There she confirmed he was blind, but worse, he has a gum infection, with many teeth missing.

He is very skinny under his fur, and probably has not been able to eat. He went to the emergency vet on Sunday, January 2nd and they have him on an IV with fluids, nutrients (he is not eating) and antibiotics. 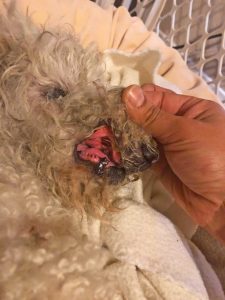 The doctor suggested it might be best to put him to sleep, as a blood-test showed problems with his kidneys but Faith wants to give him a chance. He was dehydrated, and is malnourished, so the hope is if the infection he has can be tamped down, and he can get nutrients in that his body may be able to recover. 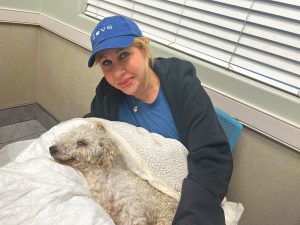 The other dog is Taffy:

Just as Faith was arranging for Cotton to get to the ER, Dream Fetchers got a call about a dog that was attacked by coyotes. Taffy’s attack was witnessed as hit happened, he managed to get away and hide, and the people that saw it chased off the coyote. Patricia, working with Dream Fetchers, immediately went and got Taffy, and took him to the same ER as Cotton. 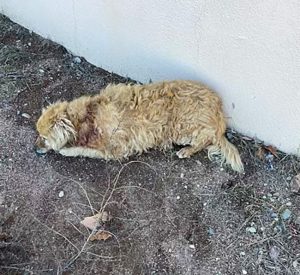 Taffy has very deep wounds. The doctor has to put drains in these wounds and clean them, so Taffy must be put under anesthesia. Unfortunately the doctor also detected a fairly significant heart murmur (grade 4) in Taffy, so this does add some more risk to the procedure, but there is no other option. The videos of Taffy here were taken right when he arrived in the ER shortly after the attack. 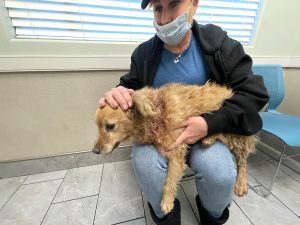 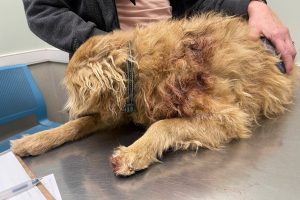 Taffy passed away, but Cotton is doing slightly better:

Taffy did not survive the procedure. His heart was not in good shape, and possibly with the adrenaline for being attacked, either making him appear healthier, or damaging his heart worse, it was all too much for him. He did not make it.

However, Cotton was transferred  to a standard vet clinic Monday and is doing somewhat better. He is still weak, and his kidneys maybe permanently damaged, but he stood up some, for the first time since he was at the doctor, and he ate some. Video at the vet clinic Monday: 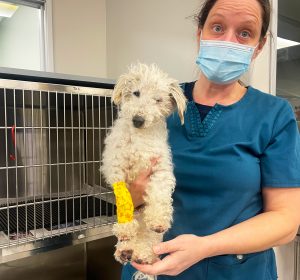 Both rescues are unexpected, and being in the emergency vet, quite expensive. If stable, hopefully both can transfer to a vet clinic that will be less expensive soon. The emergency doctor has already suggested putting Cotton down, rather than spending the money to support him, as he is obviously quite old. But Dream Fetchers will give him a chance. This fundraiser is to support both dogs’s care. All donations are for Dream Fetchers, a California 501c3 non-profit and will be paid 100% to Dream Fetchers. If you can help them care for these two dogs please make a donation today.

ALSO DREAM FETCHERS TOOK IN THIS DOG FROM THE ER VET WHEN PICKING UP COTTON: 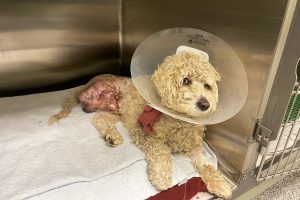 He was brought into the ER by the police, found with broken rear leg. The emergency vet amputated the leg, and then he would have been sent to the animal shelter!! So Dream Fetchers took him, and will have to pay his bill as well.

Note: Check back for updates. We will add them and documents from the vet as they become available.

UPDATE: Both Cotton and Taffy did not make it. Taffy passed away at the ER before being transferred to the regular clinic. Cotton was at the clinic about a week, but passed away. He had a number of serious problems that did not improve as hoped, including kidney failure.

On a positive note, the third dog, now named Trey, is doing great! He did lose his rear leg (probably was hit by a car), but he recovered well and is running around happy in his foster home. He will be up for adoption soon.