UPDATE: Cola's breathing is getting worse. Cola's airway is swollen causing it hard for him to breath, help Cola get his polyp removed.
Successful 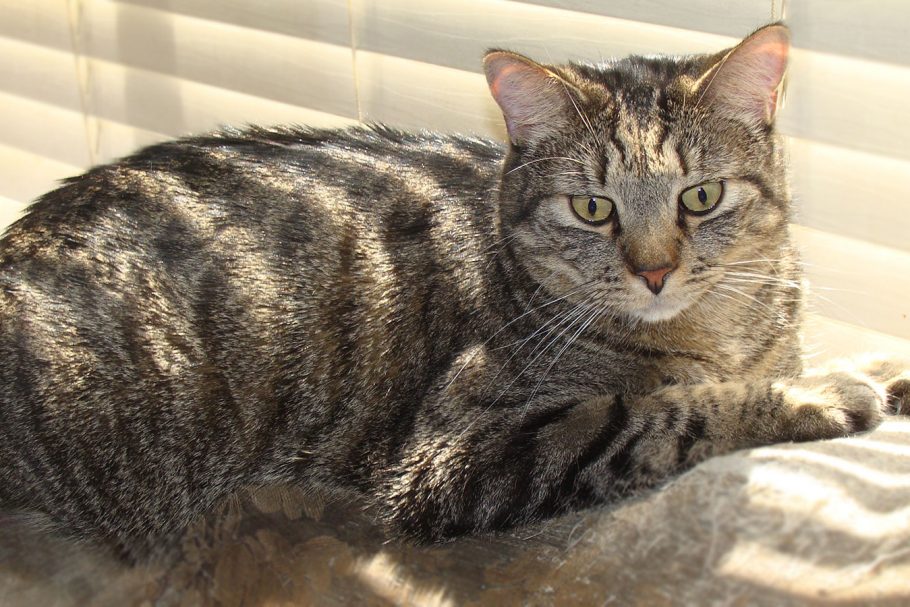 Over the weekend Cola’s breathing got worse. Melody is on high alert with him and making sure he is comfortable. Melody is concerned that his condition will only get worse.

Cola is a two year old cat. Cola showed up at Melody’s neighborhood one night. Cola was skinny and looking for a new home. Melody’s neighbor didn’t like the cat making noises so he would through things at the cat to keep him quiet. 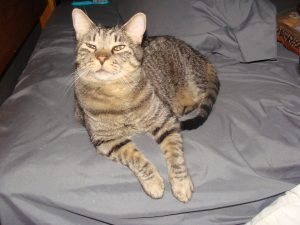 After Melody saw this she decided to open her back door to him and he walked right in. Cola was neutered and was ok to be touched by humans. Melody seems to believe Cola was abandoned.

Ever since Melody can remember Cola has snorted, like a pig. However, the snorting is occurring more often and now Cola is starting to gag.

Melody had a Gofundme and Facebook fundraiser she used to raise money for the initial visit with the specialist. The specialist is going to put Cola under anesthesia to examine Cola’s throat with a scope, endoscopy. Here the vet will be able to tell where the polyp is and how to extract the polyp.

VCA explains how to diagnose polyps:

“Radiographs (X-rays) can help identify nasopharyngeal polyps and the use of a video endoscope may allow direct visualization of the polyp. CT (computed tomography) or MRI (magnetic resonance imaging) is needed to visualize the extent of a polyp’s growth. A biopsy (surgical removal of a representative sample of the polyp) may be taken. The biopsy is then processed and examined under a microscope and diagnosis can be confirmed.” 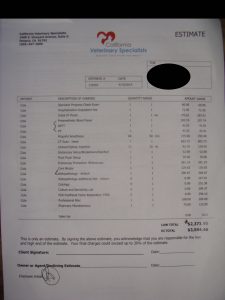 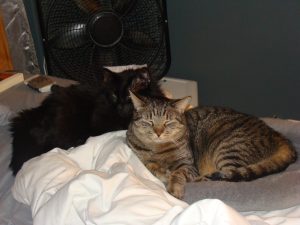 Help this young cat have a long life without breathing issues!

The first antibiotic they gave wasn't effective, because they didn't have results back at that time, he was positive for "mycoplasma" its a bacterial/fungal type parasite that lives in mucus membranes, (such as nose). He just finished 2nd antibiotic, and tomorrow night he goes back on his second of 3 cycle doses of antifungal....so until the antifungal treatment is done, I wont know if its worked yet.

Hey there, I just wanted to give you an update on Cola. We were all surprised that there was no polyp, however, they did some cultures and swabs while they did the endoscopy, and he tested positive for something called "mycoplasma"... it is a bacterial parasite type infection. He got it from a flea bite, as fleas can transmit this thru their bites. When I first got him, he has tons of fleas.  So, they had given him some antibiotics to go home with before we had that test result, and that one is resistant to this type infection. He has his "progress check" this coming Monday, the 22nd. At that time, he will be given the appropriate course of antibiotics. I feel bad he has had something so icky this long! But at least this is curable. I will let you know after his appt how it goes....