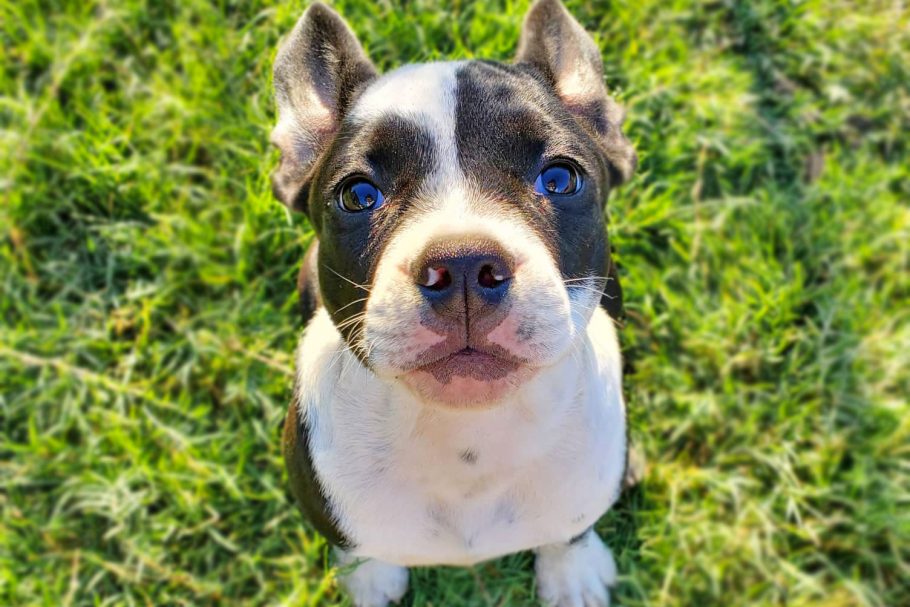 Coco is just four months old and doesn’t know all the rules about how the world works… she was playing around and jumped up on a board she wasn’t supposed to jump on, it flipped off the table and she fell on the hard floor, breaking her knee! Just one of those bad accidents that happen.

Her owner Francisca took Coco to the vet, and they were saw it was a break, with a piece of loose bone that has to be removed. From there Francisca was referred to a specialist and got her current estimate of about $3000.00 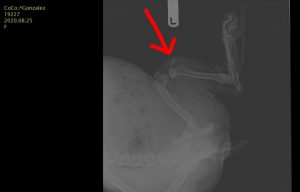 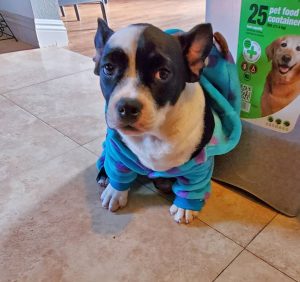 About two months ago Francisca’s husband brought Coco home from his job. He works (now part-time) doing maintenance for an apartment complex, and one of the residents was moving out and giving Coco away. He saw that Coco had been neglected, and took her before something bad happened to her (you never know where a dog being given away will end up!) 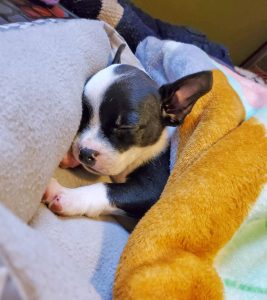 Coco turned out to not just be dirty, but she had loads of ticks in her ears, and a very bad case of worms. Francisca got this taken care of and Coco was turning out to be a great family pup, but then she went and “did a puppy” breaking her knee 🙁 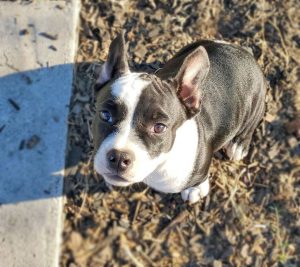 Francisca works as a cleaner, but work is thin now with COVID, and her husband’s hours have been reduced as well. The family has children, and a $3000 expense is just not something they can afford. They applied for Care-Credit but were denied. 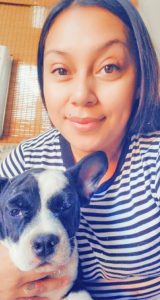 The week before Christmas Francisca pawned some of her property so she could at least get Coco a good cast put on by the vet, and pain medications! (See picture below) 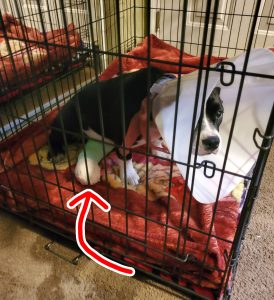 The family started a GoFundMe before finding out about Free Animal Doctor, it has raised a bit under $400 and you can see it here. We have adjust the amount needed from $3000 to $2600 based on this.

We are working now to get Coco to another vet that might be able to do the surgery cheaper, and perhaps with a partial payment upfront, but it is still going to be an expensive surgery, if this is possible. Remember, as always with Free Animal Doctor, all donations here are only for Coco and are only paid to the vet when surgery is performed, no money is every paid to the owner, only the vet! Can you help Coco get her knee fixed today? WOOOOOF! 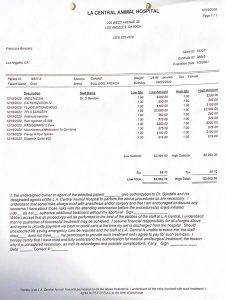 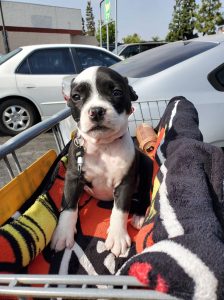