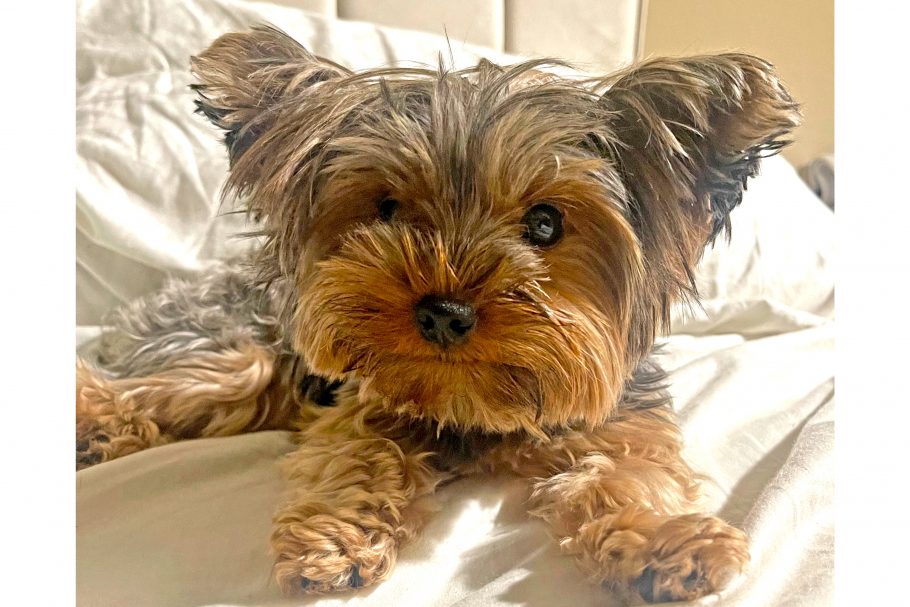 Cleo has a liver problem!

This sweet little Yorkie is just 4 years-old, but she has developed a liver shunt, a condition where blood bypasses her liver, and thus does not get processed properly. It is a fatal condition, but can be fixed with surgery! 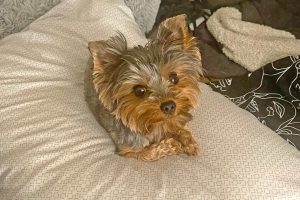 Cleo was found stray over a year ago by the parents of her owner Kyla. Cleo was walking around their neighborhood, with no collar. She is a cute little Yorkie, so the family assumed there must be an owner, but Cleo was not microchipped, and no owner was ever found, although a number of scammers did try to claim her!

I can haz nugget?

The parents could not keep her, so Kyla took her in, at first temporarily, because Kyla was worried her two dogs Mochi and Honey would not like a third dog in the house, but she was wrong! From the first day Mochi and Honey well in love with Cleo, following her everywhere, playing with her, lying next to her, all of it!

Mochi and Honey with Cleo: 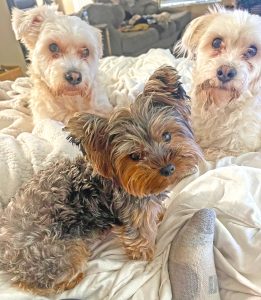 So from there everything was going great! Cleo had a good home, everyone was happy, all good. But in June Cleo started acting strange. She wouldn’t move much, stopped eating (and pooping) and her belly seemed swollen. They took her to the vet, who did a blood test, gave her some medications and vitamins, and some fluids, then sent them home. 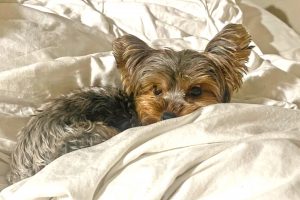 For a little bit Cleo seemed better, but she she appeared to have a seizure. She would stand, sort of dazed, and seem to shake a little bit. And her other problems returned as well. This time it was off to a specialist, who suspected a liver shunt and sent Cleo to a third vet, Canyon Hills, where they did an ultrasound.

The summary of all of this was verification that Cleo had a liver shunt that required surgery, and Kyla spent over $3000.00.

Cleo is small, just under 4 pounds. Her liver is tiny. To do the surgery an expensive CT-scan must be done just before, to determine the exact area where the doctor needs to perform the procedure. A CT-scan provides a detailed, 3D image of the liver. This is over $2000.00 and that is before the cost of the surgery.

Kyla has a good job, but she isn’t rich. She spent all her savings getting Cleo treated and diagnosed, and did not qualify for Care Credit or a credit card. She is saving up money now, and hopes to be able to pay for the CT-scan, but then their is the surgery, which is about $5000.00 as well! 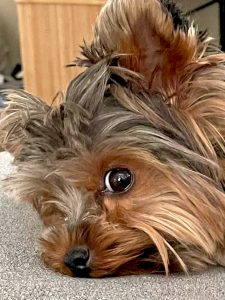 Cleo needs money for her surgery. Kyla is getting the money for the CT-scan, but once it is done the surgery has to be performed right away, because the organs and the shunt can move. All donations here for just for Cleo, and will be paid only to her veterinarian directly, for the liver shunt surgery. If surgery is not done, donations will be refunded. If you can help Cleo get this urgent procedure she needs, please consider a donation today! All of us donating together can make this happen for this little dog, thank you 🙂 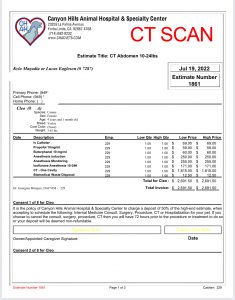 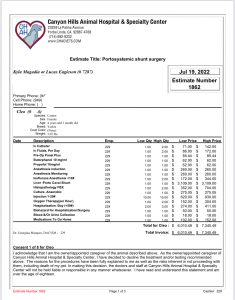