His last hope to treat his hyperthyroidism is is iodine radiation.
Successful 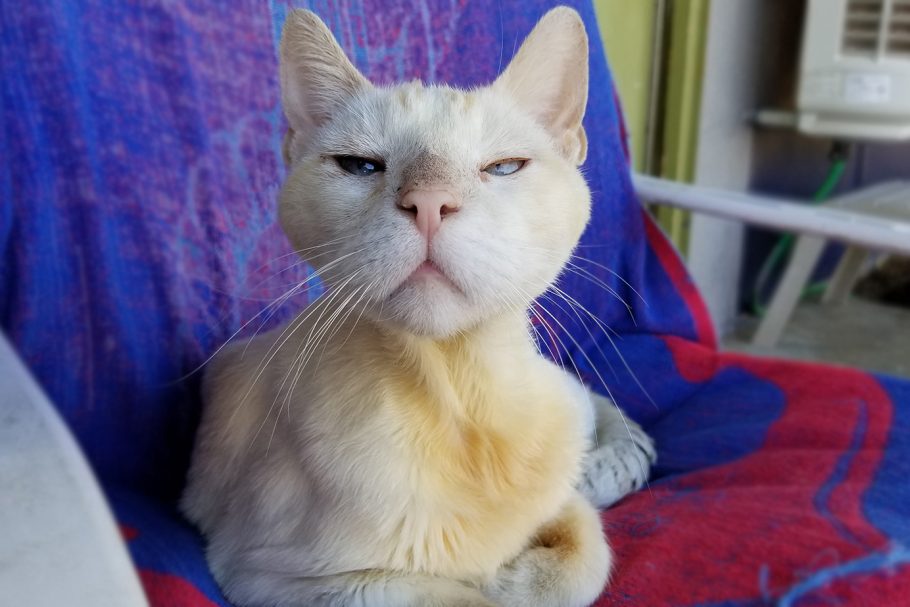 Edward’s landlord had a liter of kittens and one day he knocks on Edward’s door and gives Edward the last kitten, Marissa. Shortly after getting Marissa, Edward notices this other cat hanging out with Marissa in his backyard. Edward goes out one day to check him out. Edward went to meet him, by Edward’s surprise, the cat let him pet him. This new cat even followed Edward into the house after they just met. Edward sat down on his recliner and  then the sat down with him. After this happened Edward said you must be my new cat, I’ll name you Charlie.

Charlie is diagnosed with hyperthyroidism

Edward started to noticed Charlie was loosing muscle mass and moaning in his sleep. Charlie’s vet took bloodwork and the test showed he had hyperthyroidism. There is a mass pressing on Charlie’s thyroid making his metabolism go too fast. The first medicine given to him was liquid in his ears. It took a few weeks and dosage change in order to get Charlie back on the right track. Charlie was healthy for about a year. 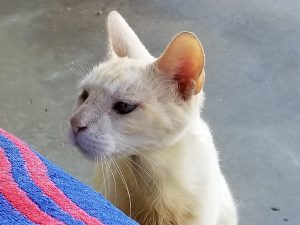 Recently, Charlie moved to oral medicine to help with his thyroid and liver. Charlie’s last bloodwork showed issues in his liver, most likely caused by his hyperthyroidism.

Treatment for this condition

The first treatment is medicine, which isn’t working that well. Charlie has had topical and oral medicine. Surgery isn’t an option for Charlie due to his age and the mass. The vet suggests iodine therapy for the best option.

Edward is on disability and has put hundreds of dollars into Charlie’s medicine, bloodwork and continual testing. Edward and Charlie are asking for help to get Charlie better.

Charlie’s regular vet will be doing the bloodwork and x-rays(first estimate). The speciality office is over 2 hours away. Edward wants to keep the traveling to a minimum. 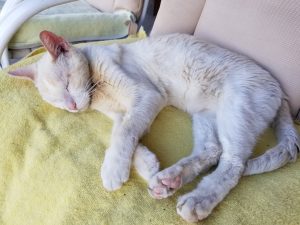 On Sunday, February 3rd Charlie was able to go home after his 14 day stay at Advanced Veterinary Medical Imaging.  Edward says he is back at his water fountain.

On Sunday, January 20th Charlie went into the vet. During the exam the doctor noticed more tumors than expected. The vet had to extend Charlie's stay for a total of 14 days. Of course, this means the bill will go up.

Here is the link of Charlie's admitting photo: https://www.facebook.com/advancedveterinarymedicalimaging/photos/ms.c.eJxlzbENwEAIBMGOLOCfA~;pvzHJmsenoWNw8NX0s5a1Je~;wn5UuCgquwvTkUQWp3rm1JhxwIysJGguB7BQTl6i09kPvJCw4sSLY~-.bps.a.10156983056101950/10156983056636950/?type=3&theater

Screenshot of Charlie in his room at Advanced Veterinary Medical Imaging: He just got his first treatment.