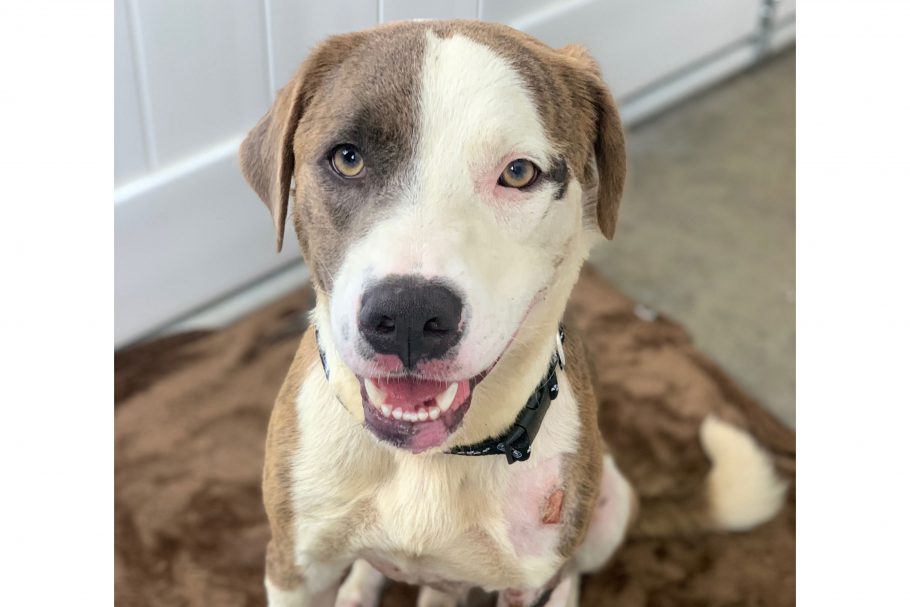 He Just Showed Up!

Cash appeared one night at the door of a nice lady who lives in a trailer in a rural part of Riverside County in California, basically out in the desert. She could see he looked a little injured, but he was walking around, and it was late. She gave him some water and food, and went to bed.

In the morning he was still on the doorstep, but he would not move, as you can see in this video:

Fortunately the rescue organization Dream Fetchers Project Rescue found out about this situation and was able to send Jim Ralston out immediately that morning to pick up Cash and take him to the vet. Video: 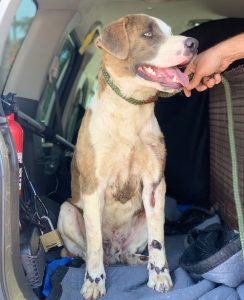 Cash had a number of tests and x-rays. He was either hit by a vehicle or thrown from one at high speed. The doctor and one of his rescuers, Janett Randle, both believe he was most likely thrown from a vehicle. The reason is that he has no broken bones, or signs of blunt force trauma (being hit). Instead he is covered in “road rash”, basically scraped off skin from being dragged or thrown along asphalt and concrete. 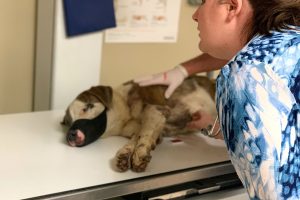 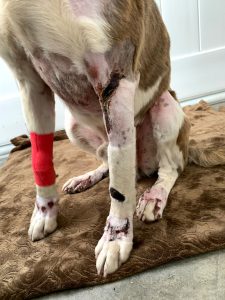 Poor Cash probably wandered for some time, maybe a couple of days, in the desert with his wounds, before he went up to the doorstep as a last chance. In our experience injured, dehydrated dogs will do this sometimes. At first they hide and avoid people, but then when they are at the end they will instinctively find a person and basically collapse. Cash was very dehydrated, and that also makes it likely he was wandering for a while. 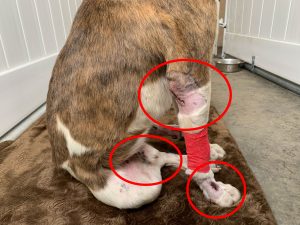 Donations are needed to cover Cash’s bill, which is already discounted. He didn’t have one major procedure, but he did have lots of minor ones! He had so many wounds that needed cleaning, some needed stitches, some of his skin had to be scrapped off…. it was bad. And of course he had to be under anesthesia for that. He also needed x-rays and blood tests. When he first came in we were pretty sure he would have internal injuries and we had to check for that.

Look at this friendly boy!

Also, Cash needs a foster home! He turns out to be a VERY friendly puppy! He is about 1 year-old, super friendly and gets along with the other dogs at the vet. If you live in Southern California and could foster, please email ryan@freeanimaldoctor.org and let us know! He is about 60 pounds, some sort of mixed breed, your guess is as good as ours! 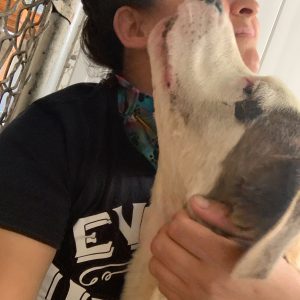 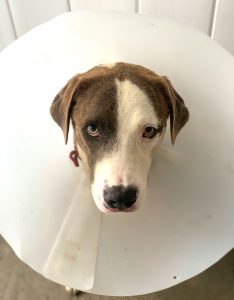 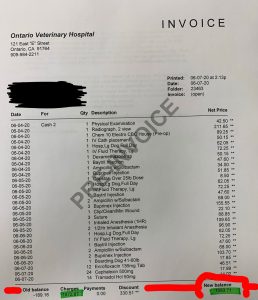