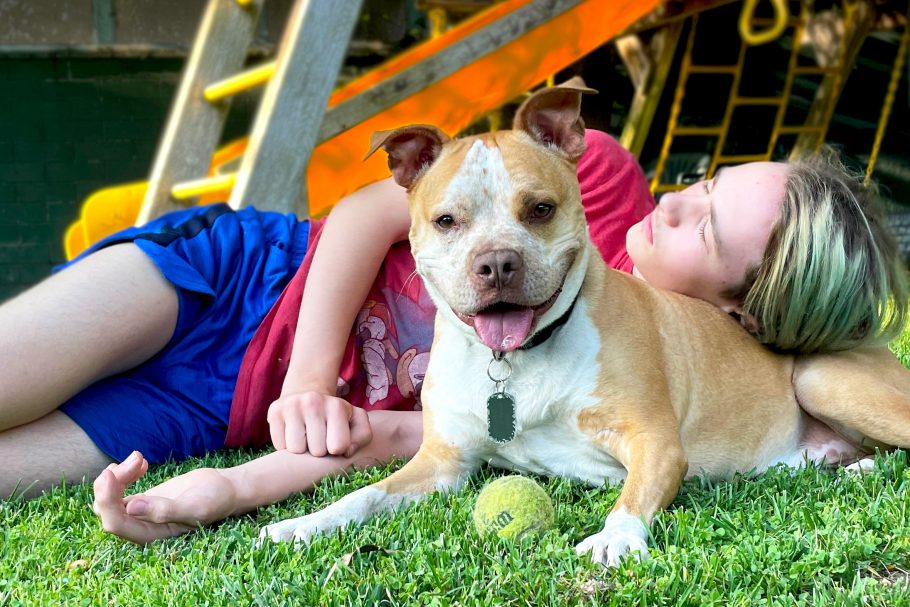 Rescued from the animal shelter,

and the family finds out Boots needs surgery!

The Racine family recently relocated to California from Alaska, a big move… and their teenage son Cayden was depressed. He has learning disabilities, and one reason they moved was for access to better care and schooling for Cayden. But it was stressing him out, being in a new place and away from people he knew. 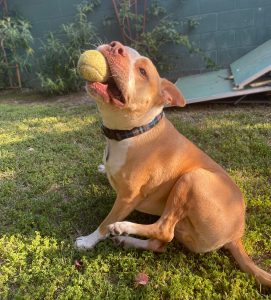 So, they went to the animal shelter and met Boots!! At the shelter it was noisy, all the dogs barking for attention and this kind of upset Cayden, but then in one kennel there was a quiet dog. As Cayden approached the kennel, Boots went to his bed, picked up his stuffed toy and walked silently up to the cage door with the toy in his mouth. It was an instant connection. 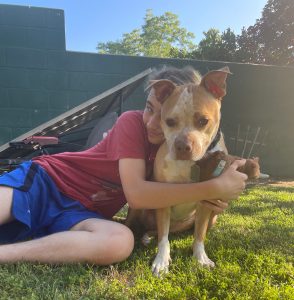 They took Boots to the “meet and greet” area, and Cayden and Boots were an instant pair. Cayden’s mom noticed that Boots seemed to have some trouble walking, but the shelter gave them a voucher for $250 for a vet exam, and they adopted Boots and went home.

Well, guess what? That Voucher turned into about $1000 of vet bills, and Boots has torn ligaments in both his knees. And the knees are very unstable. The doctor recommends surgery, and soon. The procedure is called TPLO (read more HERE), and is expensive. Originally the family got an estimate of up to $8000 a leg, and was in absolute shock… they’ve now found a vet that will do it for $3300 per leg, better, but nothing that they can afford. 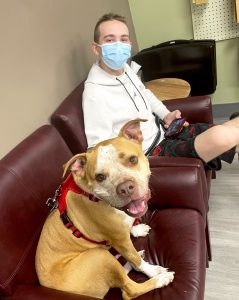 Boots is a young dog, and he an Cayden are now inseparable. Dogs have a long history of bonding with children, and those with disabilities. Boots condition cannot heal, and can only be fixed with surgery. The longer it goes on the more damage it will do to his knees. The family did everything right, they got a rescue dog, and a Pittie at that, from the shelter, and believe us the shelters here in California are over-full. Let’s help them, and help Boots! 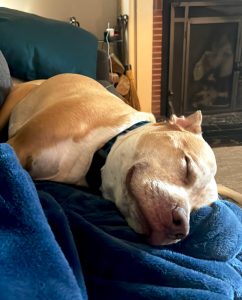 All donations are only for Boots and only paid for his leg surgery. The family already raised some money on a GoFundMe, which is HERE, so for the first leg only $2400 more is needed. This surgery has to be done one leg at a time, with a 1-3 month break in between surgeries, so we will see about the second fundraiser later. Mom has just gotten a job, and the family is catching up on bills, but for the first surgery they just do not have the money. Let’s get Boots on the path to recovery, donate today! 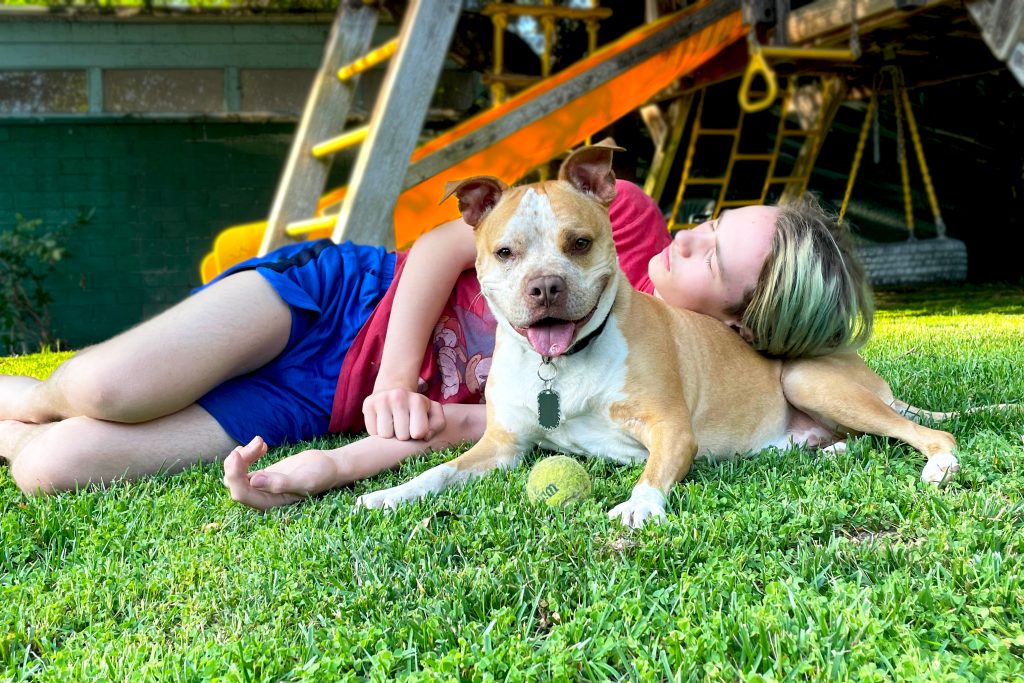 Below is the original vet estimate (click to enlarge). We now have Boots scheduled at a non-profit vet that does this procedure for the flat rate of $3300 per leg. 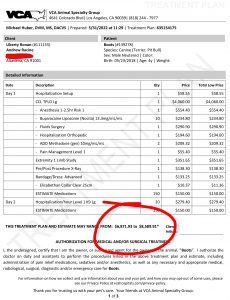