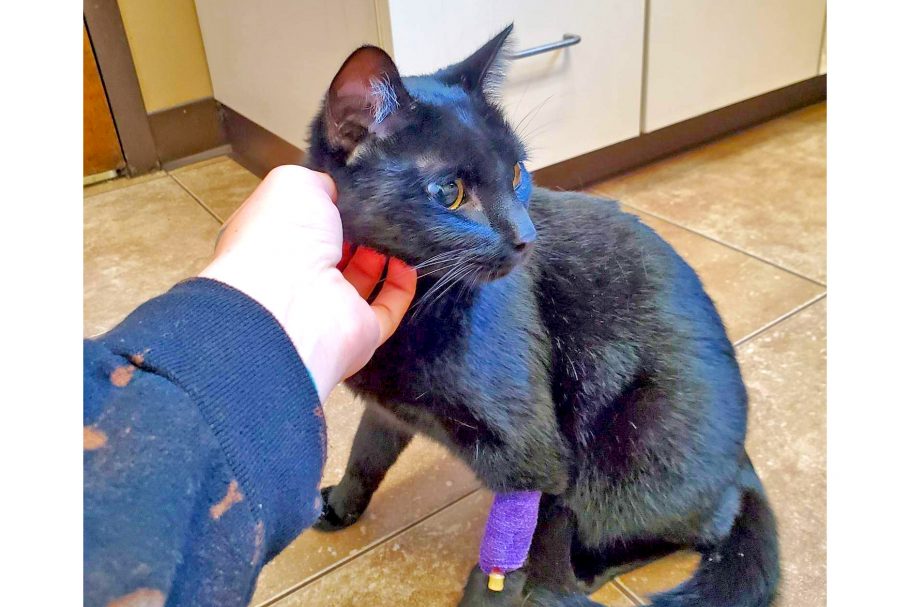 And no matter what state you’re from, that isn’t good!

Binx is a one year old rescue kitty. His owner Natasha got him out of the animal shelter, she went there looking to adopt a black cat, because they do get mistreated more due to superstition and such, and there actually weren’t any black cats there! But then, just as Natasha was leaving, a woman came in to give up a little black kitten, only seven weeks old!

Kitty on a stoop 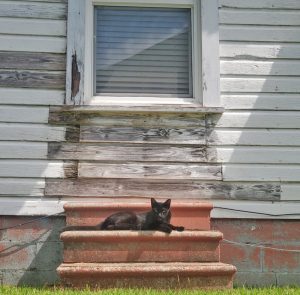 The lady claimed the kitten didn’t get along with her other pets, but that seems unlikely….. who knows what was really going on, but the bottom line is that Natasha scooped up that little guy, took him home and named him Binx!

Turned out to be a great kitty, but on Wednesday he showed up at home acting injured. We was mewing a lot, but not walking. He’d drink water, but had no interest in food. Just not Binx, who loves to eat and also loves to snuggle with people. They took him to the emergency vet, and the diagnosis was a urinary blockage, possible kidney issue. From trauma? Not sure, it seems possible, like being hit by a car, but he had no other signs… 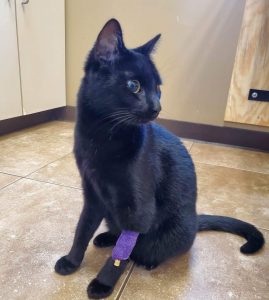 The family doesn’t have any money available and they reached out to us. We have a small emergency fund (The Mabel Fund) that we can use in some cases, to get the animal treatment right away, and we had verification of the case from the vet and a volunteer who knows the family. Binx got in the vet, we made the deposit payment and he is getting treated. 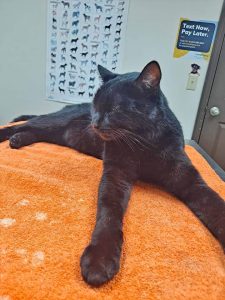 Total cost is going to be a bit over $1200. We are looking to raise money here to replenish our emergency fund, so all donations are appreciated to help pay for Binx and to make sure the next time, we will be able to help too! Thank you.