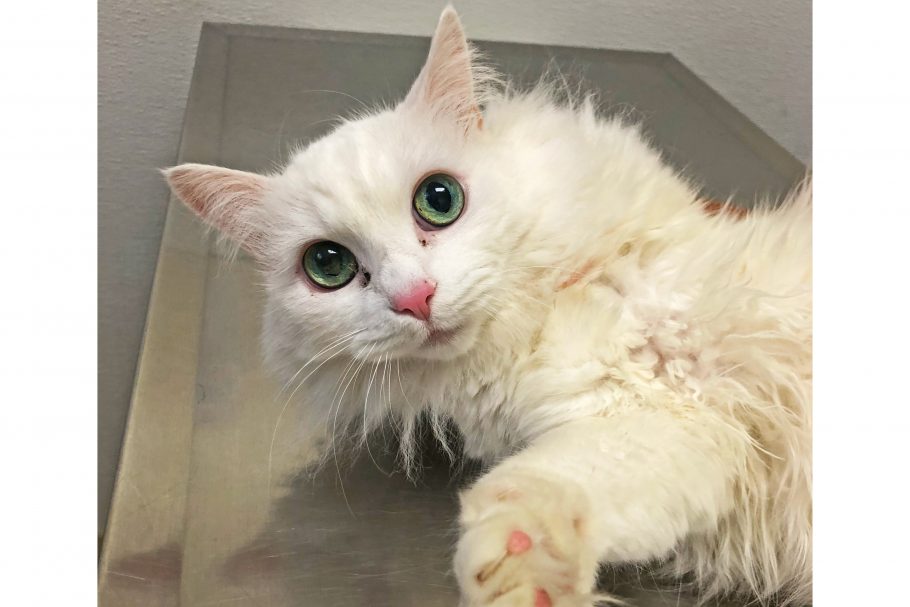 Bijou is a senior kitty, owned by Edward who is himself 68 years-old. He adopted Bijou about 7-8 years ago (doesn’t remember exactly) from the animal shelter, when she was about 6 years-old.

About a month ago Edward noticed that Bijou would paw at her mouth, and cry at the same time. She also started eating less, and sometimes would not eat at all! Obviously that is a concern, so Edward took her to a vet. 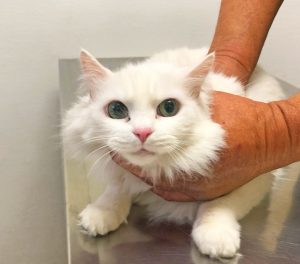 Now Edward doesn’t have much money, he is retired and lives on a fixed income mostly from Social Security. So the vet at first set him up with a series of antibiotics, but after a full cycle 2 weeks later Bijou was not better, even maybe a bit worse.

At this point the vet wanted to do x-rays and blood-tests, that would be expensive. Edward was already in about $200.00 and was stressing about where he could get the money when a friend pointed him to our organization. He contacted us, and we got him to Westside Pet Clinic, which is doing the blood work at no cost, and the doctor doesn’t need x-rays. This saves a lot of money, and we feel the price is very good, but it is still more than Edward can afford. 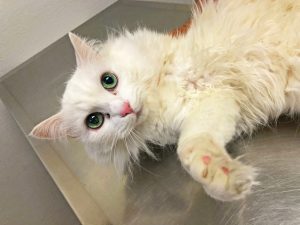 The photos here (and the video) were taken at Westside Pet Clinic. Edward does not have a mobile phone or a camera, so he could not get photos of Bijou himself. In fact, he showed us this “picture” of his dog Milou, who passed away last month. It is a black and white print out from Edward’s old computer. He got Milou at the same time he got Bijou, but Milou was older. 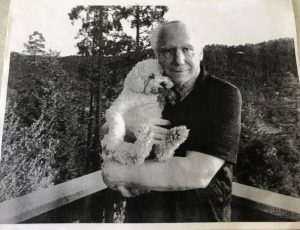 If you can help fund Bijou’s surgery it would really improve this little kitty’s life, getting her out of consistent pain and back on a healthy amount of eating. She’ll also get a full blood panel, which would be a great idea at her age. All donations are for Bijou specifically, and will only be paid to the vet when surgery is performed. 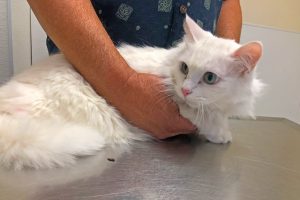 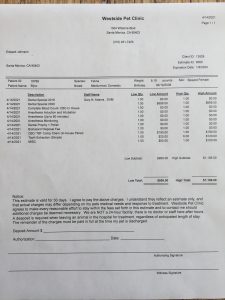