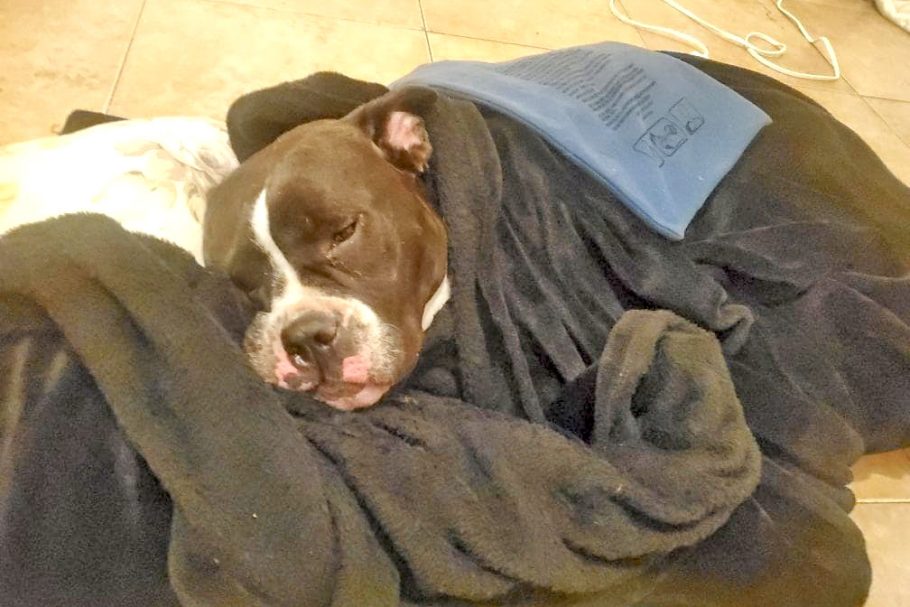 We believe this dog has been poisoned.

Here is her story:

Alondra, her owner, is temporarily homeless and living out of her car. It has been hot, and Chiquis does not do well in the heat. So, Alondra tried to find a temporary home for her. The person Chiquis was staying with gave her to someone else, and she ended up in a drug house just south of Downtown Los Angeles. 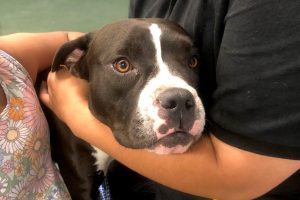 Alondra was able to get her back on Sunday the 18th of September. Chiquis was not the same. She was panting heavily, breathing loudly, would not eat or drink and seem disoriented. Over the next days she had diarrhea, would not eat, often vomited after drinking. On Friday the 23rd she was able to get Chiquis to a vet who did a blood test. The vet recommended x-rays, hospitalization, all of that, but there was no money. We found out about the Chiquis on Monday the 26th. 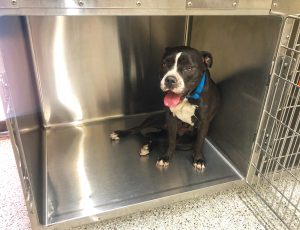 After a long talk with Alondra she agreed to surrender Chiquis to us. She drove her to Rancho West Animal Hospital who got us in immediately today and has provided excellent care and help for her.

The doctor says that the results of tests and x-rays support our theory that Chiquis was poisoned, probably by illegal drugs. How? Did she eat them, did someone give them to her? Who knows. But she has all indications of poisoning, and no signs of an internal blockage, and has tested negative for Parvo and some other common issues that would have these symptoms. One thing, her lungs are extremely inflamed. The tissue is swollen. This is causing heavy panting, which may be keeping them inflamed. How did that happen? Infection? Maybe….. inhalation of methamphetamine? Could be…. 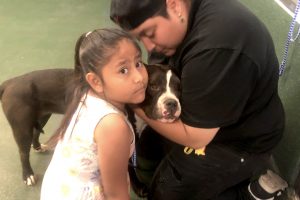 She is extremely dehydrated. And she hasn’t eaten anything in more than a week. Our hope? Chiquis is young, just a bit over a year. She is strong. Honestly, it’s surprising she is still alive. And she is actually walking around and somewhat conscious. She can recognize Alondra, and has response to people. She is on an IV to hydrate her. She has been giving injected antibiotics, and other medications. With this support, her body will be able to “reset” and finally get over whatever happened to her. And, should any problems pop up, she is in the clinic and can be treated right away. And of course, she will be getting re-evaluated daily. 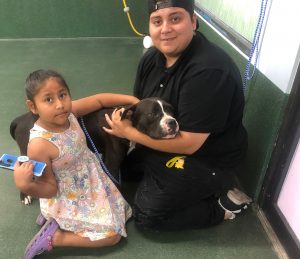 Another day or two, and this dog would have died. It’s kind of a miracle she didn’t. And personally, my opinion, people forced meth on her. I’m certain of it, myself. We were able to immediately help her for two reasons. One, her owner was responsive and willing to work hard to get her to us and to help. And two, because we know there is a community of people like you out there who want dogs like Chiquis helped. Right away, so they have a chance. Thank you!

Updates on her bill will be posted, day one is already about $1000 due to all the testing we have to do to rule things out.

Chiquis has left the building! She is going to a foster home today, doing so well! Watch the video below: