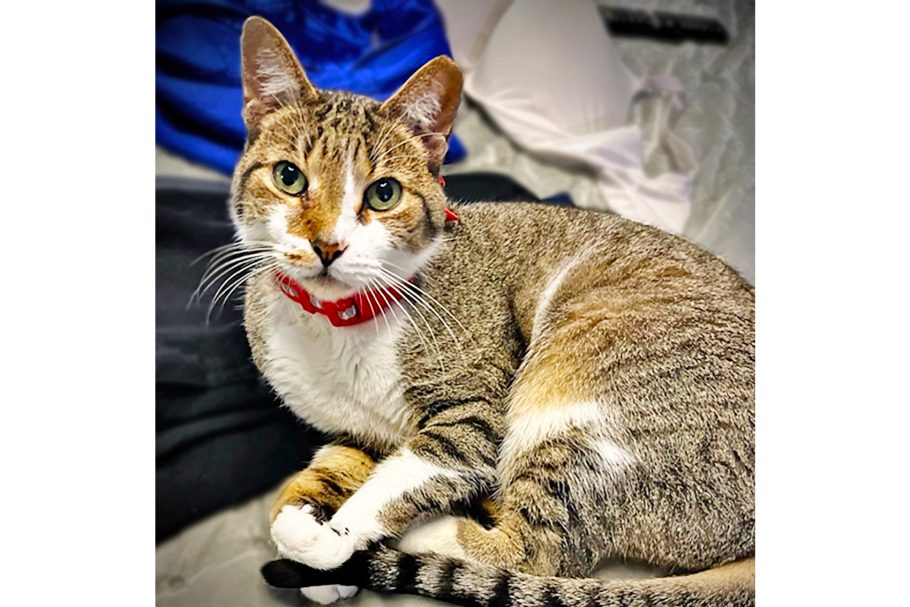 The cute kitty with the funny name! 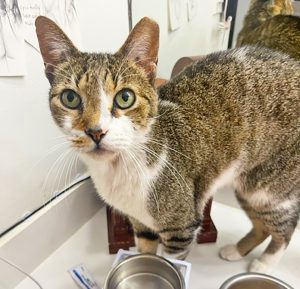 He is 11 years-old now, but when he was a little kitten he walked up to Jessica who was attending a BBQ, hence the name. He was just hanging around, only months old, at this park… how he got there, what had happened to him, no one knew.

Jessica took him home, and he’s been a sweet house cat, with lots of friends, ever since.

BBQ and a pal: 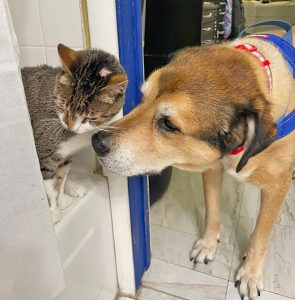 A few months ago Jessica noticed that BBQ had bad breath, and it didn’t go away. Shortly after she started noticing that, BBQ jumped up on the kitchen sink and cut himself, no big deal, but he had to go to the vet. After treating his cut, the doctor confirmed what Jessica was worried about: BBQ had a gum infection and needed dental surgery. 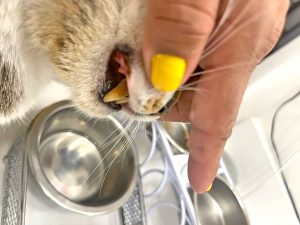 Jessica has two other pets, both who are quite old, and have a lot of health problems that she has been spending money on. So, getting BBQ’s teeth taken care of is something she cannot afford. All donations here are just for BBQ, and will be paid only to the vet when he gets his surgery. 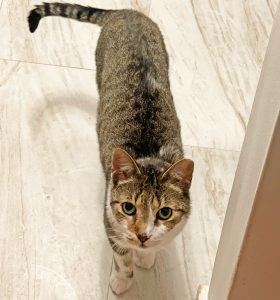 Jessica just got a verbal estimate for BBQ, of up to $2500, depending on how bad it is when the vet gets BBQ under and is able to really examine him. Unfortunately the vet is on break now, so she won’t be able to get a written estimate until April. Once we get it, we will update with the written estimate here.