The little dog with the big tumor!
Successful 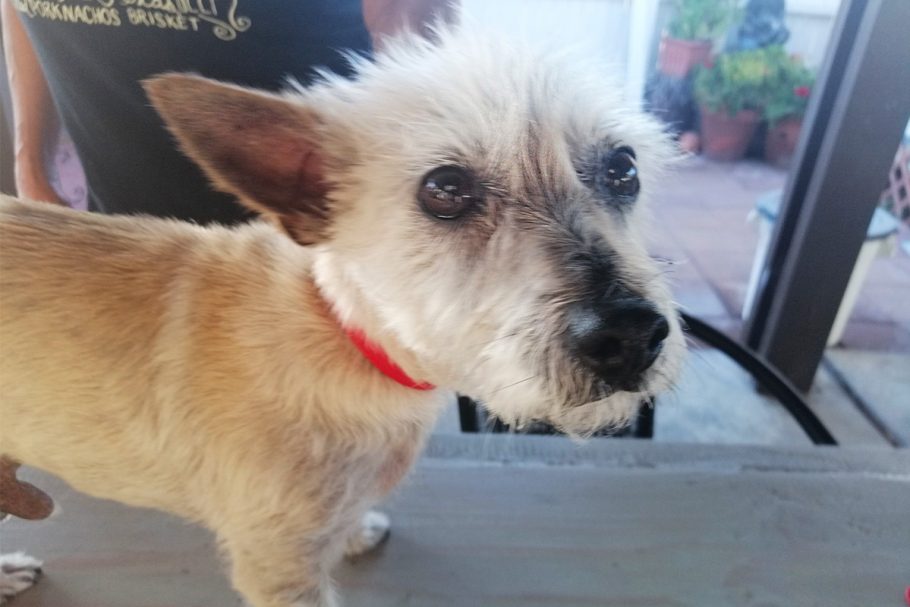 He never even had a name!

Two weeks ago Tony managed to talk the owners into giving this little dog to him. He named him Bayley, because when he asked, the owners said they had never even bothered to name him. In nine years! 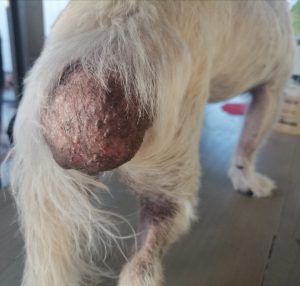 Tony is a friend of Faith Easdale and works with Dream Fetchers Rescue. His son-in-law knew of the situation with Bayley from a friend, and came to Tony knowing that Tony was involved with dog rescue. Tony went to the home in Reseda, California, and found poor Bayley as an outdoor dog, fed scraps and cheap food…. dirty in a scraggly back yard.

Bayley at his former “home” 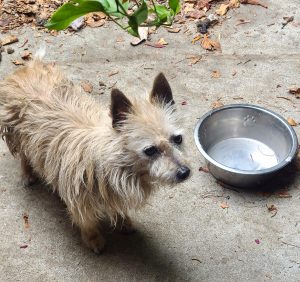 This son-in-law hadn’t even know of the tumor, but of course it was obvious right away to Tony. Little Bayley is just 11 pounds, and the tumor was measured at the vet at over 5cm, bigger than a golf ball.

The vet does not think the tumor is cancerous, but it has to be removed. It hinders the way Bayley walks, for one thing, but it could also become cancerous or infected if left alone. 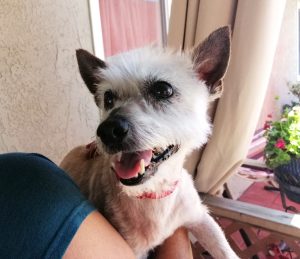 Tony is fostering Bayley, and the little guy will stay with him until he gets adopted. To get adopted he’s gonna need surgery. The vet says he is otherwise healthy, so let’s make this happen for little Bayley! After 9 years in a back yard, neglected without so much as a name, he finally has a chance at a real life that all dogs deserve!

Tony says he is a fun, energetic dog that gets along with other animals and loves people! Remember, your donation for Bayley here is just for him! WOOOF! 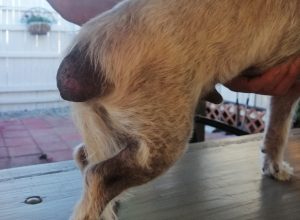 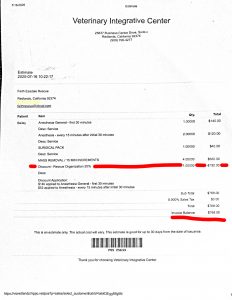