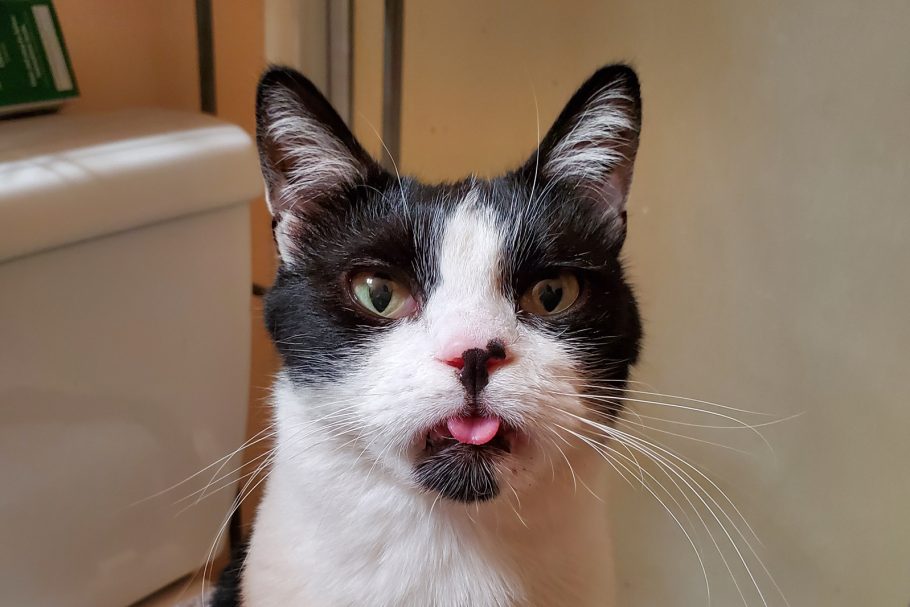 Batman has to have dental surgery

He has infected gums causing stomach and other problems

Though the cause of Stomatitis is not fully understood, the inflamed gums lead to stomach and bowl problems, and it can be deadly if not treated. In addition, eating becomes painful. As you can see in the videos and some pictures, Batman already prefers to leave his mouth open, holding out his tongue. 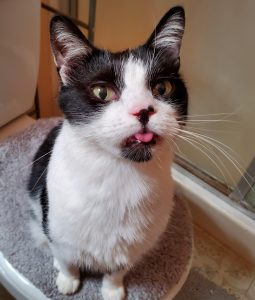 The treatment is simple: dental surgery and tooth removal. The success rate for this procedure is very high, and should enable Batman to live a long and normal life. You can read about Stomatitis here.

Batman was a rescue cat, his owner Valerie adopted him from Vista Rescue as a kitten. They do adoption events at pet stores, and Valerie’s daughter was a volunteer. When Valerie would visit, little Batman would always come up to her, and want to be held. She figured it was meant to be, and eventually took Batman home! 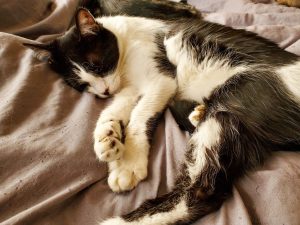 Valerie has other rescue cats and a rescue dog, and she also took over feeding and TNR (trap, neuter, release) from a man in her neighborhood who had to retire from doing it. She is a single mom, and just doesn’t have the money to get this surgery for Batman right now… so let’s help a rescuer out, and get Batman the surgery he needs to be out of pain and healthy!

Valerie set up a GoFundMe that has raised just a little, you can see it here. With the GoFundMe Batman is still about $850 short. Let’s get him done! 🙂 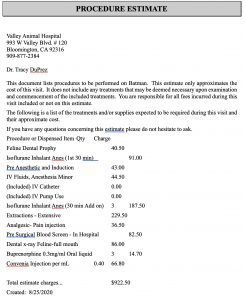 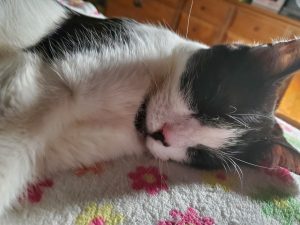