The stray kitty with the broken leg. 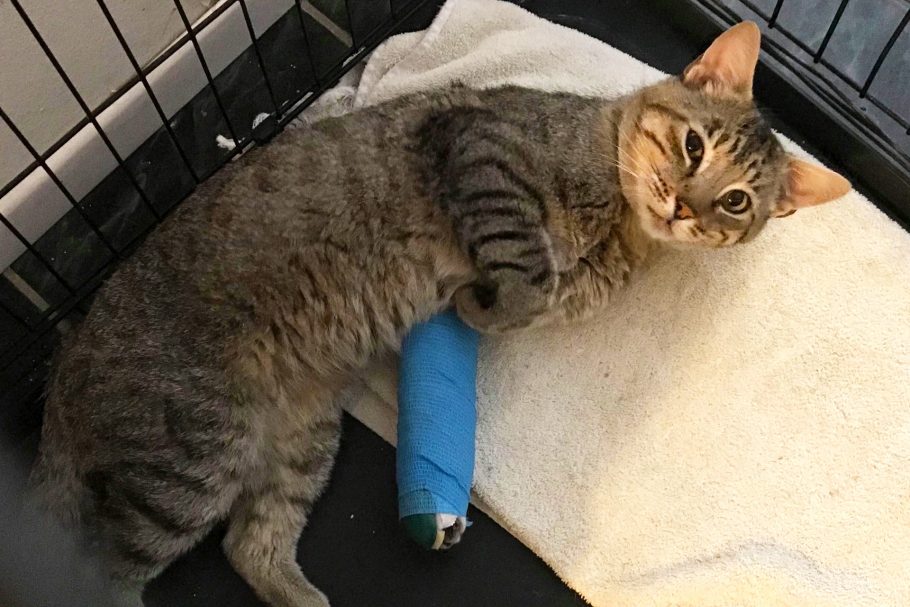 Poor guy broke his leg in such a way that it requires special surgery, with a plate, to heal.

Barney is in a group of cats cared for by volunteer Melissa Brotton, she tells his story here:

“Barney started coming regularly to my “feeding station” about 2 months ago although I had seen him around before that — like maybe 3-4 months ago. I had been loosely caring for him as an outdoor community cat, as I have not been able to locate an owner. I scanned him with my Avid reader and no Avid chip. He had been scheduled to be neutered with my primary vet at Town & Country Veterinary Clinic for the 25th. I was planning to capture him a night or two before that date and to keep him inside until I could get him to his surgery, but he did not show up for about four nights, and I was getting very worried as it was not like him, so I kept praying and looking for him. 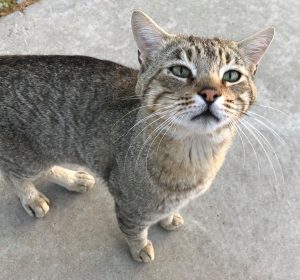 “Four nights ago I saw him at the feeding station again and he was limping. I picked him up and brought him inside and placed him in an empty kennel I have set up for him (as I try to bring him inside on nights that I see him to keep him out of harm’s way at least for the night-time). I could see that something was definitely wrong. Fortunately, because I had him scheduled for neutering, I was able to get him in to get an x-ray in place of being neutered. 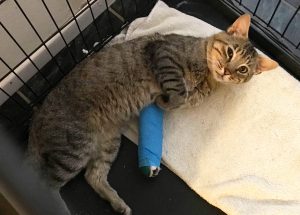 “My veterinarian sent the x-rays to Small Animal Hospital, but after they saw the x-rays, they referred me to a specialist. Eventually, I was able to be referred to Back Bay Veterinary Hospital, where they have specialists who can put a plate around the break.”

Donations here are just for Barney and will be directly to his vet. 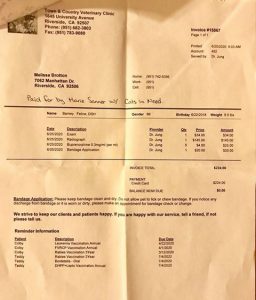 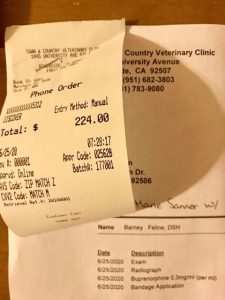