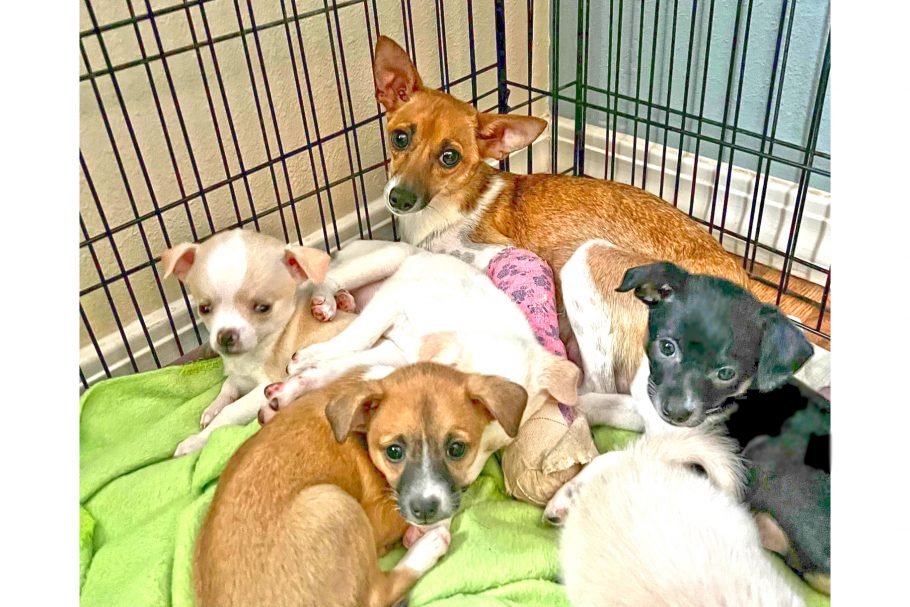 Annabelle and her six puppies were in a bad situation. Someone online as asking for a rescue to take Annabelle and the pups, saying they could not care for them. RockNRoll Rescue in Acton, CA tried networking and finding someone to take them, but could not. The rescue was not in a good position to take in a mom and 6 puppies, but with no one else coming in, they took her. 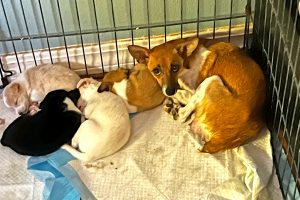 When a volunteer went out to the desert home to get Annabelle it was not a good scene, and the dogs were clearly not being cared for. Annabelle was very protective, understandable to some degree, but more than the rescue expected. She is still, three weeks later, still very defensive and scared… and this probably indicates the situation she was in previously was not a good one. 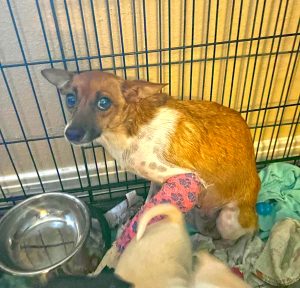 But, it looked like things were going well. Everyone was healthy, the rescue had a vet on board to do vaccinations, things were working out. But then…. well, what happened is the rescue had Annabelle and the pups in an x-pen, an enclosure but not a full cage. There are other dogs around, but they were separated in that pen.  But two other dogs with the rescue got in a noisy, but injury free, fight just outside the x-pen, and Annabelle went hyper in a second, scrambling up the x-pen to go after them, protecting her puppies and area.

Annabelle wasn’t in any danger or anything, but she didn’t know that, and the rescue was honestly surprised by how fast and aggressively she reacted. The upshot was she got her left paw caught in the pen, and she twisted and broke it!!

The rescue took her to the vet right away, and she had her initial treatment. She has recently stopped nursing the pups, so they were able to give her pain medications, and she is in a temporary cast. But the doctor wants to repair the break ASAP so it does not heal wrong. The rescue was not prepared to take the family in from the beginning, and just does not have the money available for this procedure. All donations are for RockNRoll Rescue, a 501c3 charitable organization. If you can donate to help Annabelle, please consider helping today, thanks!! 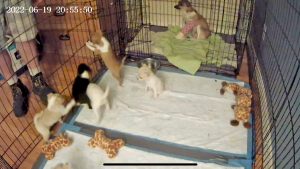 X-rays and vet documents (click on any to enlarge): 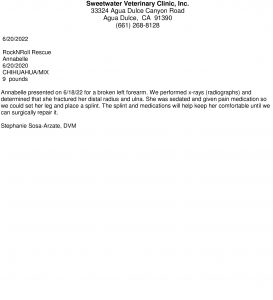 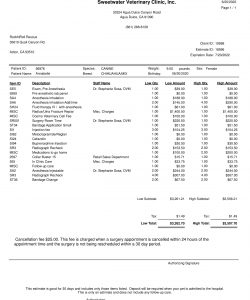 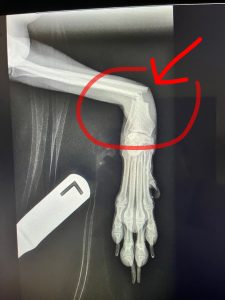 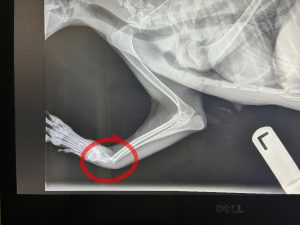