Young girl of only 2 years has gone blind, but it can be reversed with cataract surgery!
Successful 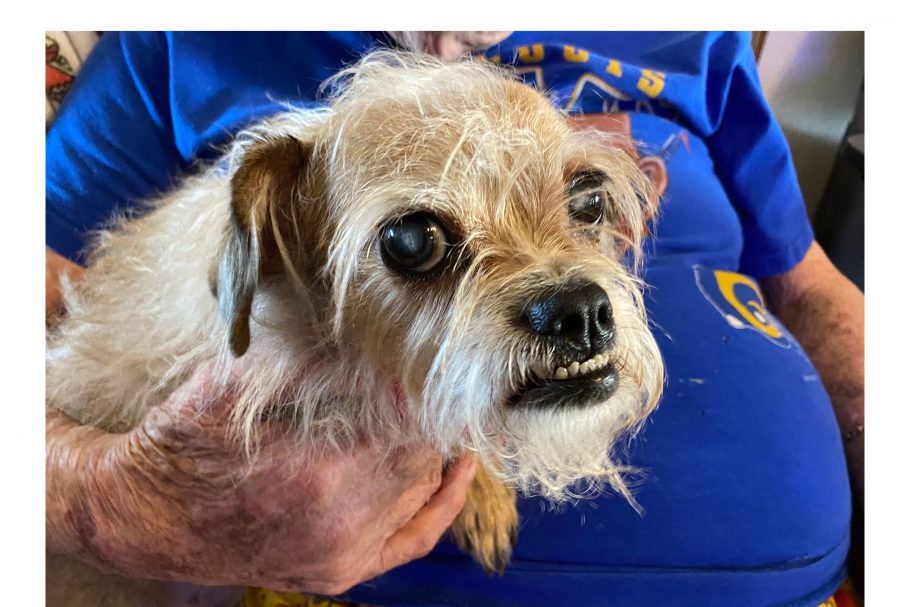 A rare condition has Abby blind

But this can be fixed, though the surgery is expensive. 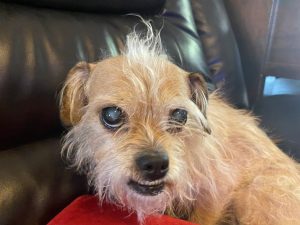 Abby has been a great dog, happy and playful! Susie has another rescue dog, and a rescued tortoise, and Abby loves them all!  But now Abby is depressed and hides under the couch often. In Summer of last year her owner, Susie, notices a few small dots in her eyes. She took Abby to the vet, and he said it was basically nothing to worry about and just to see how it went. 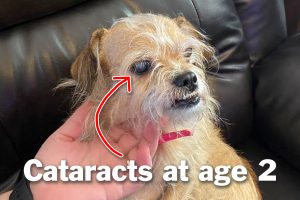 Well, it did not go well. The eyes got worse, the cataracts spread and by this year Abby was bumping into things. Back at the vet Abby was referred to a specialist in Las Vegas, Eye Care for Animals. There Abby was diagnosed with juvenile cataracts, a rare condition where a young dog like Abby develops cataracts quickly. Now Abby is basically blind.

Abby hiding in her blanket, under the couch 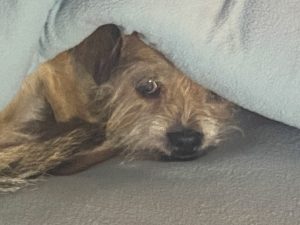 Abby has now become depressed and anxious, not uncommon in dogs who suddenly go blind. She spends a lot of time hiding under the couch or just lying in a corner. She is not her usual, playful and happy self. The surgery for Abby is expensive, but it should fix BOTH of her eyes, and for the rest of her life!

When a blind dogs joins the pack to look out the window! 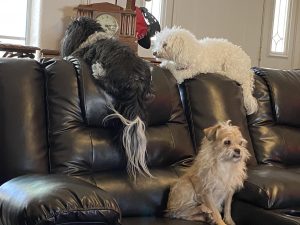 Abby’s mom is a senior citizen, on a fixed income. She does do estate-sales as a way to make extra money, and in the past has used that to make donations to Pia’s Paws. Now she is trying to save up for Abby’s surgery, but it is just not anywhere near the amount needed. Her husband is 89 years-old and requires home care. They do have some money available for Abby, but are not going to be able to pay for the surgery without donations! Can you help Abby see again? All donations are only for Abby and will only be paid to Eye Care for Animals in Las Vegas, when the surgery is performed! WOOOF! 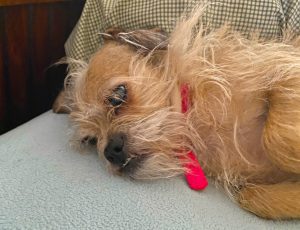 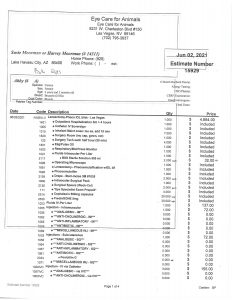 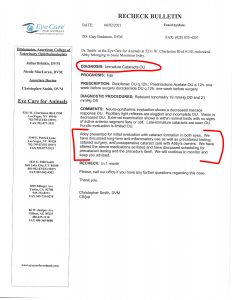